According to the 2010 Solar Electric Power Association (SEPA) annual ranking, Hawaiian Electric Company has again been named third out of 230 electric utilities nationally for the amount of solar power added to its system per customer in 2010.

In cumulative or total solar watts per customer, Maui Electric Company remains at fifth in a virtual tie with Hawaii Electric Light Company, who came in fourth in the national (up from sixth in the previous year). Kauai Island Utility Co-op ranked second as it did in 2009 following Southern California Edison.

Hawaiian Electric Company is ninth in the nation (up from 12th in 2009) for cumulative solar electric power per customer.

“This recognition of Hawaii’s continued progress in adding solar power to our grids is really an honor shared with Hawaii’s solar industry,” said Robbie Alm, Hawaiian Electric executive vice president, in a statement released today by the company.  “As a utility, we continue to help customers take advantage of solar electricity through net energy metering, the feed-in tariff and standard interconnections. Even those who take the first step by installing solar water heating are part of a movement to use the direct power of the sun for sustainability,” Alm said.

Overall, the SEPA Utility Solar Rankings report found remarkable growth in the addition of new solar power by utilities in 2010, up 100 percent from the year before, especially in states as diverse as Idaho, New Jersey and North Carolina.

“The trends are clear – utilities are offering their customers more solar power in almost every region of the country,” said Julia Hamm, SEPA president and CEO. “With the leadership of organizations like the Hawaiian Electric companies, we expect those trends to continue.”

For its annual report, SEPA surveyed 230 investor-owned, municipal and cooperative electric utilities and ranked them in two categories: total amount of solar power added to their systems in 2010, and the amount of solar power added on a per-customer-served basis. The top three utilities in total amount added are Pacific Gas and Electric (CA), Florida Power & Light and Public Service Electric & Gas (NJ).

The full report can be found at www.sepatop10.org. 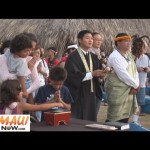 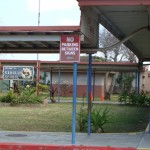