The Intermediate Court of Appeals released a decision Thursday affirming the State of Hawaii’s indictment of defendant James H. Pflueger on seven counts of manslaughter.

The state charged Pflueger with allegedly covering a spillway, preventing excess water from draining at the Ka Loko Reservoir on Kauai.  The dam connected to the reservoir broke on March 14, 2006, releasing 370 million gallons of water.  Seven people were killed in the torrent of water.

The defense argued that the State’s manslaughter prosecution constituted double jeopardy, that there was insufficient evidence to support the indictment, and that the Hawai’i manslaughter statute is unconstitutionally vague as applied.

The Intermediate Court of Appeals affirmed the circuit court’s ruling and sustained the indictment against him. 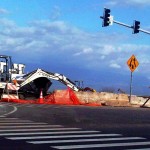 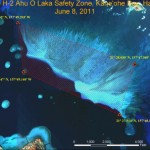