Get ‘Maui Time’ With Bill Maher 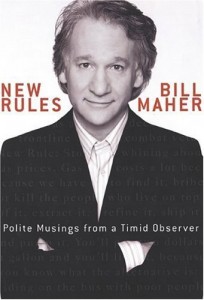 Controversial comedian, TV host, political commentator, author, and actor Bill Maher will perform at the MACC for one of two New Year’s concerts in Hawaii. Maher will kick off the new year at 8 p.m. in the Castle Theater on Sunday, January 1.

Bill Maher is known for his sharp wit and his even sharper tongue. He began as a stand-up comedian 17 years ago and has since become the Larry King of political and social mockery.

Unlike some of the performers in his trade, Maher backs up his assessments and opinions with facts. In other words, he’s not just another celebrity with a big mouth, he has a real talent for assessing the roots of some of America’s larger flaws.

Maher is testament that you can make a successful career from saying what (almost) everybody else is only thinking.

Maher is best known for hosting HBO’s “Real Time” for almost 10 years, which has gained him 27 Emmy Award nominations. On the show, he has featured and regaled with fellow funny men Robin Williams, Alec Baldwin, and Ben Affleck, as well as political commentator and director Michael Moore.

He also starred in a documentary himself, Larry Charles’ Religulous (2008), where he expresses his take on the current state of world religion. The documentary takes Maher on the road to delve into and debate the (sometimes obscure) fundamentals of some of the religions that have seeped into modern global consciousness.

A high-grossing documentary, a few hit shows, and four best-selling books later, Bill Maher is ready to take on the MACC where he will surely engage in topics surrounding the daunting 2012 prophecies, as well as share some New Year’s resolutions with us. 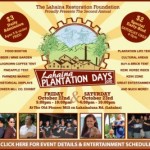 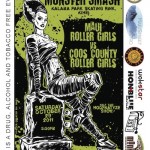