Hawaiian Airlines today announced a change operating days for its nonstop flights between Seoul, South Korea, and Honolulu which will accommodate the growing travel demand from Korean honeymooners.

The new weekend-friendly schedule will start January 5, 2012 when Hawaiian’s Flight #460 will depart Seoul’s Incheon International Airport four days weekly on Tuesdays, Thursdays, Saturdays, and Sundays at 10:15 p.m. The flight will arrive at Honolulu International Airport at 11:00 a.m. the same day.

This change will give Korean couples an opportunity to depart for Hawaii on either day of the weekend and arrive in time to enjoy their first full afternoon in the islands. Currently, only Sunday departures are offered.

The return Flight #459 will depart Honolulu Mondays, Wednesdays, Fridays, and Saturdays at 1:15 p.m. and arrive at Incheon at 8:05 p.m. the next day. (South Korea is 19 hours ahead of Honolulu and the flight crosses the International Dateline.)

“We look forward to welcoming more newlyweds from Korea with this convenient flight schedule that makes it easier for them to start their honeymoon in Hawaii,” said Glenn Taniguchi, Hawaiian’s senior vice president of marketing and sales, in a written statement. 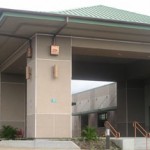