Charley’s in Paia Changes Are “For the Better” 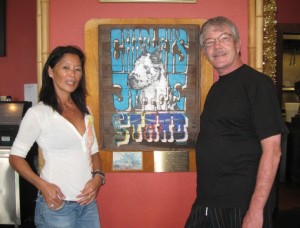 Restaurant manager Michele Lin and Chef Curtis Hintz flank the portrait of Charley P. Woofer, the Great Dane who is the namesake of Charley’s Saloon and Restaurant in Paia. Photo by Susan Halas.

Long rumored to be on the market, Charley’s Restaurant & Saloon finally changed owners on August 5, 2011. Now, a few months into the transition, reactions to changes at the legendary venue seem mixed.

The new head man is Jonathan Herman, a longtime friend of former owner Jim Fuller. Herman bought the business including a long term lease on the 4,500 sq ft building with a capacity of 220.

Herman grew up on Maui in the 1980s. He is a 1990 Seabury Hall graduate who later moved to the mainland where he worked in real estate and television and film production before returning to the Valley Isle more than four years ago. Herman is joined by Executive Chef and culinary consultant Aaron May who divides his time between Maui and Phoenix, Arizona.

The new owner described himself as a hands-on manager who intentionally kept the transition “a little bit quiet.” He hopes to increase Charley’s already substantial following, and reassure Charley’s many regulars that the changes to the Paia institution “will be for the better.”

”We want to make it look and feel great,” Herman said. “Charley’s has always been known for its great breakfasts,” he continued, adding that he hopes to extend that reputation to lunch and dinner as well. “We’re taking a community institution and working very hard to make it cleaner, taste better and be all-around more inviting.”

Restaurant manager Michele Lin said there have been many upgrades and improvements to the premises since the change of management including the recent addition of Kitchen Manager and Chef Curtis Hintz, formerly of Max World Bistro in Haiku.

Charley’s was established in 1969 by Fuller and named after his dog, the original Charley P. Woofer, the first of many Great Danes associated with the restaurant and the model for its logo. 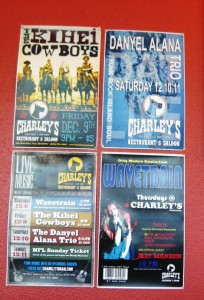 Legend has it that Willie Nelson dropped by Charley’s one day for breakfast. According to the restaurant’s website, “He and Fuller became great friends and the first concert he played drew 800 people. Willie remains a mainstay in the true spirit of the saloon and his family has been enjoying time at Charley’s for many years.”

While online reviews since the changeover continue to praise Charley’s as a place for a great breakfast and burgers, not every diner has been so enthusiastic. Recent comments on Yelp and Trip Advisors call the new ownership “a let down,” term the food a “disappointment” and mention that the prices seem to have “edged up.”

Herman responded that “people have such an attachment to Charley’s they don’t want to see any changes.” He invited Mauians “to check it out for themselves,” reminding them that “Charley’s is a community hub. We’ve got a stage and a liquor license. We host great live music events three nights a week on Thursday, Friday and Saturday.  See what’s happening at our website www.charleysmaui.com then stop by visit us.” 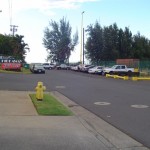