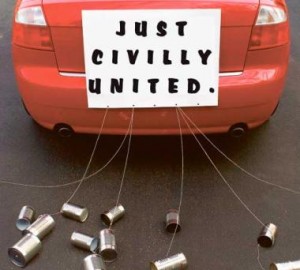 On January 1st, Hawaii joined a growing list of states that give legal recognition to gay couples. Whether they are called same-sex marriages, domestic partnerships or – as in Hawaii, civil unions – they all extend some of the benefits of marriage to persons of the same gender.

Other states allow same-sex couples to enter into a domestic partnership (California, Nevada, Oregon, and Washington).

The major drawback to this type of legislation is that the marriages, civil unions, and domestic partnerships in these states provide fewer rights and responsibilities than traditional opposite-sex marriages because they are not recognized by the US government at the federal level.

According to a working paper issued in February 2011 by Economic Research Organization at the University of Hawaii (UHERO), “Partners in these relationships are denied rights granted to spouses of veterans, federal employees, and military personnel; they are not eligible for federal housing, food stamps, or social security benefits provided to spouses; and they are not treated by the federal government as spouses for tax purposes, bankruptcy, inheritance, student loans, and agricultural loans.”

In Hawaii civil unions have long and stormy history

In 1993 the Hawaii State Supreme Court found that refusal to grant same sex couples marriage licenses was discriminatory. In 1998 voters approved a state constitutional amendment granting the Hawaii legislature power to reserve marriage for men and women. Hawaii later passed a law that banned same sex marriage, but civil unions were not restricted.

Civil unions were proposed several times but failed to receive legislative approval prior to 2009. In 2010 the Hawaii House and Senate passed House Bill 444 which authorized civil unions for same-sex and opposite-sex couples. The measure was vetoed by then-governor Linda Lingle (R) in July 2010.

In January 2011 Senate Bill 232 (a measure similar in many ways to House Bill 444 but limited to same sex couples) passed both houses of the Hawaii legislature and was signed into law by Governor Abercrombie in February 2011. This law took effect on January 1, 2012.

Provisions of the law

Hawaii’s civil union legislation requires that partners be at least 18 years old, of the same gender, not presently involved in any legally recognized marriage or reciprocal relationship, obtain a license from the Hawaii Department of Health (DOH) and have a ceremony performed by a state authorized officiant.

The partnerships created by the new law are valid in Hawaii under Hawaii state law, but are not necessarily recognized in other states, and more importantly do not qualify for certain key federal benefits.

In June 2010, a UCLA study done by Williams Institute indicated same-sex couples would spend between $4.2 and $9.5 million per year if allowed to marry in Hawaii. It estimated that out-of-state guests might spend an additional $17.8 to $40.3 million. The study predicted that as many as 200 to 300 new jobs might also be created in Hawaii over a four year period.

The earlier UHERO study The Impact of Civil Unions on Hawaii’s Economy and Government had similar findings. It concluded that although economic benefits and jobs might be forthcoming, the overall impact would likely be minimal in the larger scheme of things.

The UHERO paper noted the affected in-state group was small and many already had the benefits such as health insurance through other means. It indicated that the out-state group would most likely add some, but not a lot, of revenue to the visitor industry sector of Hawaii’s economy.

The UHERO study said that tourism flows could be affected by the change in the character of the destination as Hawaii became more supportive of same-sex couples and gay, lesbian, and bisexual residents.

Visitor industry picks up the cue

Indeed, as the effective date of the new Hawaii law drew near, a number of local resorts and hotels promoted their facilities and services to same-sex couples who might be considering visiting the state. On Maui, the Grand Wailea Resort offered a package of four options headlined as Civil Unions Plus at prices that ranged from about $6,300 to $9,000, plus a full array of other deluxe add-ons. 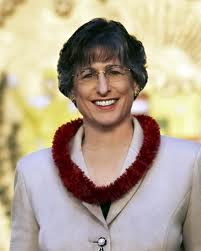 During her term as governor Linda Lingle vetoed an earlier version of the civil union law. File photo

What is  unclear is what (if any) political fallout the new law may have in the upcoming 2012 elections. Though it passed both houses of the state legislature, the names and positions of those who voted for and against it are likely to be a hot topic in November.

Likewise, former Hawaii governor Linda Lingle (R), who vetoed earlier legislation during her term of office, is a candidate for the US Senate. Whether her stand on the issue will help or hurt her remains to be seen, but it is certain to be discussed and debated as the 2012 campaign progresses.

More information about the state law and civil unions in Hawaii is available at the DOH web site. 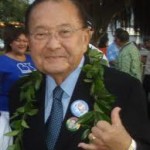 OPINION: Hawaii is Not America 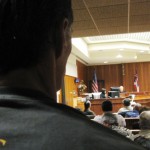