Hawaii Coordinator on Homelessness Steps Down 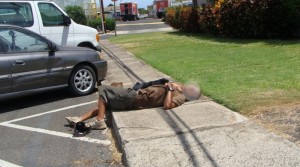 The Governor’s Coordinator on Homelessness, Marc Alexander, has resigned from his post, effective today.

The reason the Governor gave was so that Alexander could “attend to personal matters.” Governor Neil Abercromie stressed that the plan to end homelessness will continue with actions led by the Hawai’i Interagency Council on Homelessness (HICH).

“Marc Alexander has done outstanding work as the coordinator in bringing together leaders from throughout the community and this work will continue as a priority. The time has come to put more structure to this effort,” said Governor Abercrombie. “I am pleased that Marc accomplished the coordination aspect of what is now a movement to end homelessness.”

“It has been an honor to work with Governor Abercrombie on establishing this mission. Homelessness is not a quick fix, we have established short-term and long-term goals and we are making a positive difference in the lives of individuals who need help,” said Alexander.

With the resignation of Alexander, Lynn Heirakuji will serve as interim Vice-Chair for the HICH. Heirakuji is the Director of the Governor’s Hawai’i Fair Share Initiative and has worked with Alexander on the 90-Day Plan on Homelessness. 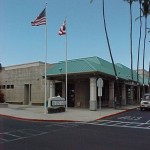