One person was injured and another was displaced following a home fire in Haiku on Maui today.

The home was a 500-square-foot. single family dwelling where a mother and her son were living.  The Red Cross was activated to assist the woman who was displaced by the fire.

A36-year-old man was also transported to the hospital with unknown injuries.

The fire was contained to the kitchen, and was determined to be accidental.  Fire Service Chief, Lee Mainaga said the fire was electrical and caused by a coffee maker that was left on. 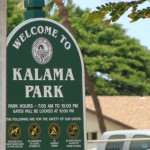 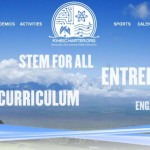