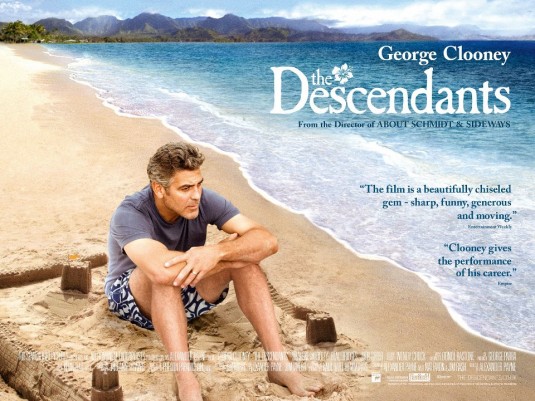 Filmed in Hawaii, The Descendants is still running strong in the box office after grossing at $40,315,665 on January 1, 2012 (according to IMDB) and is rumored as one of the best movies of the year with 5 Golden Globe 2012 nominations, including Best Picture.

The film has been running in the islands for nearly two months and was featured as one of the first films in Maui Film Festival’s First Light series in November 2011.

When one first hears the elusive title of director Alexander Payne’s The Descendants, they may perhaps imagine in their mind’s eye a historic film examining some ancient cultural hierarchy or perhaps even a horror film complete with dark, twisted family secrets.

Upon more research, one will quickly discover that The Descendants is not set in Medieval England but on the shores of modern Oahu and Kauai, and that the greatest horrors examined in the film are those of family tragedy and coping with daily struggles, even in paradise.

George Clooney takes the lead as character Matt King, a haole descendant of Hawaiian royalty and land baron who, in the process of caring for his dying wife, discovers that his two teen daughters are also in need of his attention as they cope with their mother’s coma.

The misfortunes of the King family are also examined in a comic light through the family’s petty dysfunctions. Clooney delivers his classic nuances, winks and snide remarks, paired with the snarky, catty banter of his daughters played by Shailene Woodley and Amara Miller.

Several other characters, including King’s stern father in law, his daughter’s contemplative burn-out boyfriend, and the protective mother of a local girl who King’s youngest daughter is terrorizing (with texts), are key additions to the hilarity of the film.

In addition to delivering a plot promising laughter and tears, the film also impresses by highlighting some important and very real cultural issues such as land disputes and mixed heritage in Hawaii.

“My friends think just because we live in Hawaii we live in Paradise. We’re all just out here sipping Mai Tai’s, shaking our hips, and catching waves. Are they insane? Do they think we’re immune to life? How can they possibly think our families are less screwed up, our heartaches less painful?”

With films like The Descendants that shed light on real life in Hawaii, the Aloha State is getting more of the attention that it deserves. 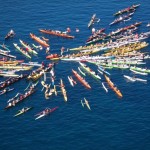