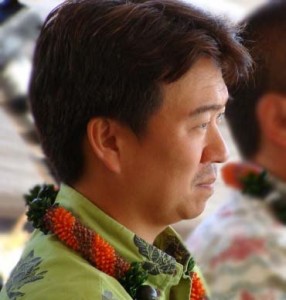 Members of the Senate Majority Caucus unveiled their priorities today for the 2012 Legislative Session.

The majority caucus, made up of Democrats, identified job creation & the creation of a sustainable economy as critical priorities.

“The purpose of this package is simple,” said Senate President Shan Tsutsui.  “It will put more people back to work and stimulate the economy. The investment we make today will provide a better future for the people of Hawaii,” he said.

The Senate Majority created an FY13 General Obligation Bond-funded $500 million Capital Improvement Program.   The aggressive package is aimed at investing and stimulating the local economy from across Hawaii nei.

Members hope the program, will create shovel-ready jobs for a variety of trades in the construction industry – from carpenters to consultants.  “It’ll put money in workers’ pockets and give companies confidence to begin hiring again,” leaders of the caucus said today in a statement.

Under the package, the focus is on smaller repair and maintenance projects to address aging infrastructures and extending the useful life of existing state-owned assets and facilities.  The body will also consider projects that address health and safety code concerns.

Leaders of the Majority Caucus say the projects are not new, but rather help to address those that have been on the backlog list.

“While economic recovery is slow, this package will put people to work more quickly,” said Senate Majority Leader Brickwood Galuteria. “In addition, by streamlining the process, we may be able to restore and create jobs within that very process,” he added.

Senate leaders say investing in citizens will amount to contributions that far outweigh the investment of the State.  They have also expressed support for the following initiatives:

Leaders with the Senate Majority say they will strive to make Hawaii a model for the rest of the country by continuing the Hawaii Clean Energy Initiative.  One priority is to develop sustainable and renewable energy strategies and initiatives throughout state facilities, striving to increase energy efficiency and reduce energy consumption at schools, hospitals, and state office buildings.

In the area of technology, the Senate Majority Caucus package calls for investing in the State’s information technology infrastructure in order to improve government and provide better service to the public. The investment in IT upgrades aims to increase productivity, and make government more efficient.

The Senate Majority also expressed a desire to continue support for education, and ensuring competitiveness in the global economy.

Leaders of the Senate Majority say the themes and priorities of their package align with Governor Abercrombie’s New Day in Hawaii plan. 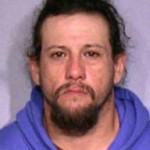 Kamuela Man Charged with Manslaughter in Death of Child