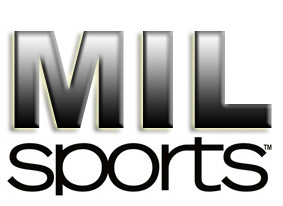 Baldwin High School’s Mattias Thompson returned to the boys soccer starting lineup Friday and made an immediate impact by scoring both his team’s goals in the Bears’ 2-0 win over King Kekaulike at Keopuolani Park.

Thompson, the Maui Interscholastic League Boys Soccer Player of the Year in 2010, has been fighting leg injuries all season and is still not 100%, but his invaluable play is a welcoming blessing to the Bears as they battle for a league title and possible state tournament berth.

Thompson scored goals in the 22nd and 50th minutes as Baldwin improved to 8-3-0 — third in the MIL Division I standings with 24 points. The defending champion Na Alii fell to 6-4-1.

The Sabers also got goals from Otto Wolfgramm, Sonny Fulton and Jared Kapisi.

Baldwin and Lahainaluna play on Wednesday at Keopuolani Park, 7 p.m. The Bears close out their season with Seabury Hall and St. Anthony, while the Lunas play a pair of against Hana. Maui High caps its season against Kamehameha Maui and King Kekaulike.

In MIL boys basketball, Lahainaluna turned back King Kekaulike on Friday in overtime, 41-39. The Lunas’ win left the two teams tied for second place in the MIL D-I standings at 5-3.

Emil Cariaga led Lahainaluna with 10 points. The Lunas built a 24-12 first-half lead before getting outscored 13-2 in the third quarter.

Baldwin travels to King Kekaulike on Tuesday, while on Thursday, Kamehameha Maui  faces Lahainaluna at Lahaina Civic Center and King Kekaulike is at Maui High. The games start at 7 p.m.

In MIL girls basketball, the Lady Lunas of Lahainaluna finished the regular-season schedule with a perfect 12-0 record thanks to their 70-36 lopsided win at King Kekaulike on Saturday.

Lahainaluna had 10 players score — six had at least seven points — and was led by Petiola Tuakoi’s 14 points.

Taylor Fernandez scored 16 points for King Kekaulike (4-8), which managed just 12 points in the second half.

Lahainaluna has already earned its 13th consecutive trip to the Division I state tournament and has a first-day bye in this week’s MIL Girls Tournament at Seabury Hall.

In MIL canoe paddling,  Baldwin’s boys edged Maui High for the second straight week, leaving both schools tied at 31 in the league standings going into the final regatta at Kahului Harbor on Saturday.

Maui High was a close second at 3:45.65. The Sabers won the first two regattas.

Hoeck and Lu’uwai teamed with Mogul Lu’uwai, Alex Chapple, Alden Simmer and Bela Hamilton to win the mixed race in 3:55.54. Baldwin was second in 3:56.15. 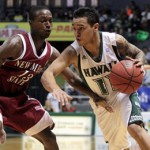