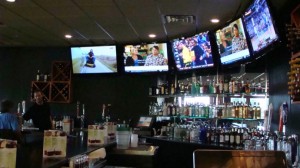 It’s been just two weeks since opening the new RubyTuesday restaurant on Maui, and owners are encouraged by the feedback and community support.

“We’re doing really well.  It has been absolutely phenomenal,” said owner and Vice President, Rick Nakashima who expressed excitement surrounding the recent opening of their first neighbor island location in Kihei at the Piilani Village Center.

The eatery is situated in the old Roy’s location just off of the Piilani Highway at the Piikea Avenue intersection.

The local backing is present on the walls that proudly display team jerseys from across the Valley Isle and neighboring islands of Lanai and Molokai. 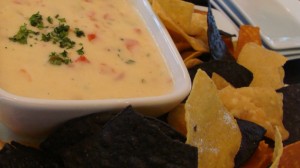 “You feel like Maui is represented and it gives a nice little touch of the islands,” said South Maui resident and on-air personality Charly Espina-Takahama.

While it is not marketed as a sports bar, the 15 televisions and sporting paraphernalia provide the appropriate atmosphere for game day viewing.  “It’s our best RubyTuesday by far to watch a game at,” said Nakashima.

In addition to dinner service already underway, today marked the start of lunch service with identical menu items; and in about a week (on Tuesday, February 7) the restaurant will begin offering breakfast selections as well.

“It’s a really diverse menu,” said Nakashima, who described the fare as American-casual dining with some local menu items such as the Prime Local Moco, Teri Rib Eye, and Mango Salmon. 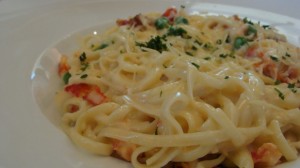 The Lobster Carbonara is tossed with chunks of tender lobster and blended in a rich Parmesan cream sauce. The entre is sprinkled with spring peas, chopped bacon, and served over a bed of linguini pasta for $23.79. Photo by Wendy Osher.

The Prime Local Moco uses a triple-prime burger made of the end cuts of the prime meat, “where all of the flavor rests,” said Nakashima.  The 100% ground patty is served with a demi-glaze of gravy and topped with two eggs over a bed of white rice.

The Baby Back Ribs with Mango Kiawe Barbecue sauce is touted as a customer favorite that is unique to RubyTueday’s Hawaii locations.  The half-rack of slow-cooked ribs are tender enough to fall off the bone with ease and come paired with a choice of two sides for $16.99.

Also on the menu is the Lobster Carbonara, tossed with chunks of tender lobster and blended in a rich Parmesan cream sauce. The entre is sprinkled with spring peas, chopped bacon, and served over a bed of linguini pasta.

On the lighter side of the menu are fresh juices and teas, a garden bar, and an appetizer of shrimp fondue and jumbo lump crab cakes. 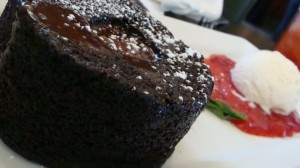 Double Chocolate Cake: with a melted heart of chocolate, this dessert selection is a perfect choice to share with a valentine. Served with a scoop of creamy vanilla ice cream, and accented with strawberry sauce, this menu item is priced to share at $7.99. Photo by Wendy Osher.

To save room for dessert, it’s not a bad idea to pack the leftovers and share a Double Chocolate Cake with a melted heart of chocolate.  The dessert selection comes just in time for Valentine’s Day–served with a scoop of creamy vanilla ice cream, and accented with deep red strawberry sauce.  This menu item is priced to share at $7.99.

The restaurant is the first opening for the owners since the Moanalua RubyTuesday opened in October of 2006.  The company already has four locations on Oahu including eateries in Mililani, Kaneohe, Moanalua and Ala Moana at the Hookipa Terrace.

The two grew up together at Niu Valley, Kaiser, and as young adults at the University of Hawaii.   “It’s a big deal, leaving Oahu and coming out this way, and learning the ropes of Maui.  I love it.  It’s nice to come out to Maui–it feels very friendly,” said Nakashima who was able to reacquaint himself with old friends from his days at UH.

Owners of the RubyTuesday restaurant in Kihei, are also in discussions with developers of the  Kehalani Village Centercoming up in Wailuku for prospective growth opportunities on Maui. 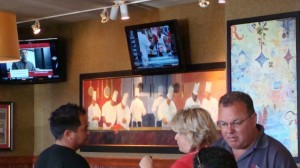 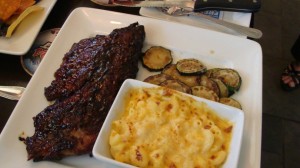 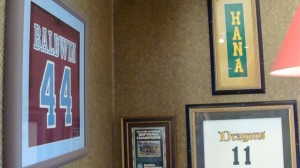 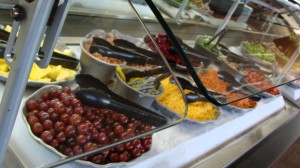 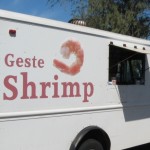 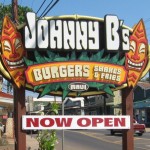