House Bill 1973 would require the Department of Education to allocate an amount equal to 10% of revenues derived annually from the trust to the Immersion programs in the state.

The purpose of the bill is to further the State Constitution mandate that promotes the study of Hawaiian culture, language and history at public schools.

“Creating additional funding streams allows the schools to achieve their mission of quality education based on knowledge of Hawaiian language and culture as the foundation upon which individuals become culturally responsive, sensitive, and productive adults who contribute significantly to all levels of Hawai`i’s community and to the world,” said Rep. Carroll.

Testimony prepared by the Kuakini Hawaiian Civic Club of Kona further states that the 10% of the revenues of public trust lands is a small contribution to support and expand the Hawaiian Language Immersion Programs.

“Currently, these programs suffer expansion and learning infrastructure because of economic resources to fund them. The value to perpetuate the Hawaiian language, and quality, state of the art education in the Hawaiian language is crucial for the future of Hawaii’s Government and Community,” said club president, Shane Akoni Palacat-Nelsen.

Early Childhood educator and mother of three, Ivy McIntosh, stressed the importance of Hawaiian Immersion programs in her written testimony, saying the programs, “encourage our keiki to perpetuate the aloha spirit, (and) raise their self-esteem as they grow strength in the language.”

The House Committee on Hawaiian Affairs recommended that the measure be passed with amendments.

This bill also seeks to establish a commission within OHA to oversee the allocation of the funding for distribution.

The Office of Hawaiian Affairs Administration will also recommend that the OHA Board of Trustees support the measure with amendments. 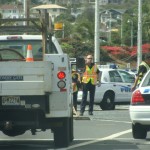 Safe Routes to School Workshops in Wailuku and Kihei