Marine salvage operations at Wahikuli Beach Park will result in the partial closure of the parking lot for the rest of the week.

The partial closure, implemented by the county Department of Parks and Recreation, begins today and is expected to end on Friday, February 17, 2012.

The closure extends from the first entrance on the Lahaina side of the park, to the southern end of the lot. 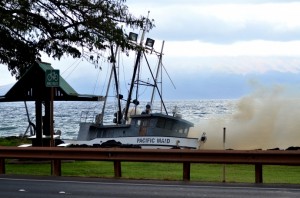 County officials say salvage workers from Cates International will be using the parking lot and the nearby area to extract and pile debris from a fire aboard the vessel last week.

The Pacific Maid broke loose from its mooring early last week, and drifted into the rocks at Wahikuli State Park on Tuesday, February 7, 2012.

Engine crews from the Lahaina Fire Station arrived to find the engine compartment of the boat on fire.

***Video courtesy the County of Maui, and the Maui Fire Department. 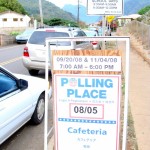 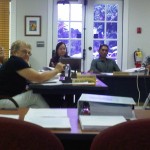