A House committee will hear bills crafted around the concept and policy of a establishing a state-owned bank in Hawaii.

Four bills relating to the idea surface for discussion on Wednesday before the House Committee on Finance.

The measures generate discussion on how Hawaii can best use state tax revenue that is currently deposited in private banks.

As of January 21, the state had $2.8 billion in deposits in Hawaii financial institutions.  According to legislative figures, Hawaii spends more than a half a million dollars per year in general funds to pay the administration fees for those deposits.

Committee members are seeking information on whether a state owned bank will generate more revenue for the state, create jobs, better support clean energy, and increase economic development in Hawaii.

Measures that will be discussed include the following:

HB2103, HD2:   The bill would direct the Department of Commerce and Consumer Affairs to draft legislation establishing a state-owned bank. The bill would also require the Hawaii Housing Finance and Development Corporation to establish and operate a “mortgage cleansing” program to assist the homeowners of foreclosed properties.

Legislative officials say the recent multi-state settlement by the state attorney generals for faulty mortgage foreclosures may impact the proposal.  Hawaii’s estimated share of the settlement is upwards of $71 million, $8.2 million of which would be provided to Hawaii for use at its discretion. The proposed program, House members say, would be in place until the state-owned bank is operational.

Once established, funds would be deposited into the state-owned bank including: $500 million of state funds held by private institutions on behalf of the state; and not less than 50% of all state funds required to be held in depositories. Currently, Hawaii-based banks hold more than $2.8 billion of the State’s funds as deposits.

HB1033, HD1:  The bill would establish an independent Clean Economy Bank of the State of Hawaii, to provide financing and risk management support for clean energy projects that help to lessen Hawaii’s dependence on imported energy. House lawmakers say the bank would enable the state, in partnership with other states, to fully leverage federal funds to create jobs, reduce carbon emissions, and ensure the nation’s energy security.

HB304, HD1:  The bill would allow the Department of Budget & Finance to enter into agreements with other bond issuers to pool bond allocations. If a state bank were established, House lawmakers say the state could take advantage of low-interest financing of “green projects” and broker multi-state projects. This in turn, would facilitate positioning for Hawaii to serve as a national and international finance center.

Currently, The Bank of North Dakota, is the only state-owned bank in the US.   It serves as a deposit institution only, with a majority of deposits coming from public funds, such as tax collections and fees.  The bank is not federally insured by the FDIC, but deposits are guaranteed by the State of North Dakota.

This bank in not insured by the FDIC – the Federal Deposit Insurance Corporation; its deposits are guaranteed by the State of North Dakota. Since its creation in 1945, the North Dakota State Bank has added more than $555 million to the state’s general fund.

Since 2010, House lawmakers say at least 16 states introduced bills to either study or create a state bank or investment trust. In 2011, Massachusetts formed a commission to study the issue and recommended against it. In 2012, the California legislature passed a bill to establish a task force to consider the viability of a state bank, but it was vetoed by the Governor.

Strategy to Return Inmates to Hawaii to be Discussed 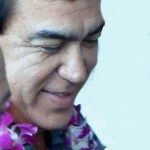