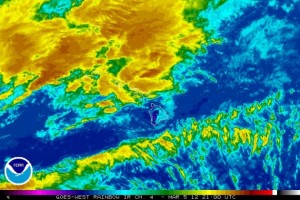 A special marine warning is in effect for Maui County windward waters after a waterspout was spotted earlier this morning.

The warning has been extended until 1:30 p.m.

At 11:32 a.m., the National Weather Service reported a thunderstorm located about 52 nautical miles north of Kahului.

The system was moving southeast at 5 knots, and had produced a waterspout at around 10:15 a.m.

The thunderstorm was producing strong winds of 34 knots or greater.

A separate marine warning was also issued this afternoon for the Alenuihaha Channel, Maalaea Bay, and Windward and Leeward waters of Maui County.

The advisory remains in effect until 12:30 p.m. Just before noon, radar showed a thunderstorm producing strong winds of 34 knots or greater. The system was located about 20 nautical miles south of Kahului, and was moving northeast at 15 knots. 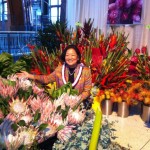