The EA SPORTS Maui Invitational hosted by Chaminade University today announced the field for its 2013 tournament to be played at the Lahaina Civic Center.

“The 2013 field represents the EA SPORTS Maui Invitational’s longstanding commitment to bringing the top teams in the nation to the island of Maui,” said Tournament Chairman David Odom. “With some of the country’s top basketball programs and great coaching minds paired with devoted fan bases traveling to Maui in 2013, we are excited for another fun-filled and competitive week of Basketball in Paradise.”

Three previous Maui champions, Syracuse (1990, 1998), Gonzaga (2009) and Dayton (2003) will return to the island in search of another Maui title and early-season bragging rights. 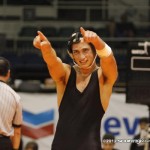