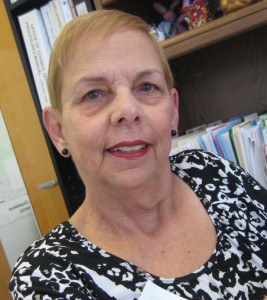 Gladys Baisa is a petite woman, slender and cordial. At 71 she’s in her third term as a Maui County Council member representing Upcountry. Baisa is best known for her diligence – she always shows up — and her willingness to listen.

Currently she’s is in the spotlight (or crosshairs if you prefer) as the chair of the council’s General Plan Committee. All nine council members are on this committee. The local lawmakers have the difficult task of digesting and interpreting the complex and contentious 400 page draft of pending legislation. It contains the maps that regulate land use until 2030.

The Maui Island Plan, now under discussion, is part of the General Plan. It has already been six years in works. Now it’s on its second pass through the council. (The prior council started, but did not pass it. This second group, with some new members, began again in 2011). Her goal is to get it finished and adopted by the end of the year, “So the next council won’t have to start over.”

This is the first time the island plan has had a full committee specifically assigned to review it. Baisa with her background in land use and planning and her deep community roots was the choice of Council Chair Danny Mateo to head it.

“Frankly,” said Baisa, “It was the job nobody wanted.”

The pending legislation is a local “first” in two respects: Though Maui has long had community plans for individual regions, this is the first time the island will adopt an “umbrella” plan that links them all together. This is also the first time that areas where growth can (and cannot) occur have been specifically identified on the map by hard boundaries.

A great deal of input has been received so far. Testimony came from citizens and the General Plan Advisory Committees (GPACs). There was also input from the Planning Commission and from the Planning Department. But as Baisa points out, “It’s the council that has the final say.”

As with most things she does, Baisa has been diligent. She’s been a regular at the GPAC meetings because, “It’s very important to know what went on before it turned into a written document.” Her own committee has been meeting every two week on Thursday afternoons in Council Chambers at 1:30 p.m.

“We’re now on Chapter 8 – Directed Growth. This is the most exciting and most controversial part. The stakes are high,” she said. “This is the part that will affect everyone individually, so it’s not surprising that the reaction is ‘personal.’ Each neighborhood wants to have a say.”

Baisa sees her role as a facilitator, “I’m not here to dominate or steer it,” she said. “I’m here to make sure everyone is heard and it gets to a vote.”

She wants to see it finished by October to allow time for final review and adoption. “It’s taken forever,” she observed and had no dollar estimate of what it’s cost so far.

Island Plan:  “This is Important”

Her advice to Mauians is: “Pay attention. This is important.”

Noting that the afternoon meeting times are inconvenient for many working people, she urged those who want to testify to send in their comments by letter or email. She urged them speak up. “Believe me,” she said, “we get and read it all.”

There’s no limit to the number of comments you can make, “but try to make them relevant for that session,” she said, pointing to the agenda. “If it says Wailuku-Kahului, that’s what’s under consideration.”

Stick to the agenda when you make or send your comments. Susan Halas photo.

As a clue to what the chairman might be thinking she commented, “It’s not just the council’s job to take things out; it’s also our job to put things in too.”

“Sometimes I feel like I’m at the fights,” she continued, adding “I’m proud of my committee, every member is trying to participate.”

Looking back it’s not hard to see the path.

Gladys Coelho Baisa was born in Paia in 1940. She is a graduate of the old Maui High School (Class ’58) at H’poko. She studied nursing at the St. Francis School on Oahu where she earned a Licensed Practical Nurse (LPN) certificate in 1960.

She moved back to Maui for a marriage that “broke up after 4 years.” During those years her children Alfred and Gladys were born.

What did work out was a job at Maui Land and Pineapple’s Hali’imaile Dispensary. She worked as a nurse and did the books (“I learned it in high school. It came in handy.”)

In 1965 she married Sherman Baisa, then employed at Haleakala National Park. He later worked for the Maui County Water Department. “I wanted more money,” she recalled, “to be able to have a third child.” She went back to school at Maui Technical School and then became a private duty nurse. Their son, Sherman Anthony was born in 1967.

Baisa wanted the security of a civil service job and took an accounting position at Maui Memorial Hospital. In 1969 she heard Maui Economic Opportunity (MEO) was looking for an accountant. “MEO was only four years old back then. I became its fiscal officer.”

The rest, as they say, is history.

“It’s important to know that MEO is different from many non-profits,” she said. “It’s a ‘community action agency’ set up by the Federal Economic Opportunity Act of 1964. Our job was to serve low-income and special needs communities, to get the citizens of those communities to assess their own needs and to try to get the government to meet those needs.”

“One of the first things MEO did was get Head Start going for 3-and-4-year-olds. Head Start is still going today.”

“The next thing we organized was senior clubs. The seniors told us that transportation was the most important thing. So that’s what we focused on. The first vehicle MEO got was a used stretch-limo from Gray Line. When I retired we had about a hundred vehicles.”

What she remembers most vividly about the MEO years is, “You become a beggar. You’re constantly asking for money.”

“When I went into politics, at least part of the reason was to be a decision-maker and to decide where the money was going to go.”

“I never planned to be a political candidate. After I left MEO thought I might possibly be a lobbyist and help other non-profits. I was thinking about travel, spending time with my family, finishing that afghan I started when my son was a boy. (He’s 44 now, I still have it).”

It was Mercer “Chubby” Vicens who persuaded her to run for office in 2006. Vicens planted the idea and husband Sherman (“He retired the same day I did”) gave it the green light. She quoted him as saying “’You want to do it, we’ll do it.’” 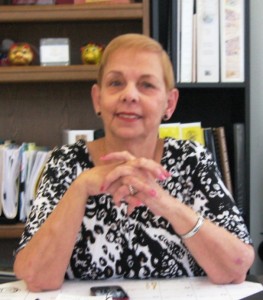 "I'm one of those glass-half-full people." Susan Halas photo.

She won the council job and has twice been re-elected.

“It was more than I expected. I was an executive director of a large organization with a dedicated, motivated staff and board. At MEO it was all about mission. At the council, the framework was larger and everyone had a different idea of what was important.”

Of her early years on the council, Baisa said she was grateful to Mike Molina (who was then a council member.)  “When I was new, he would help. He was very generous with his time. We have a friendly relation. I admire him.”

She sees the Maui Island Plan as a key issue in the current political mix. “It will affect us now and down the road.” She feels the same way about water.

In this election year she urged voters to “Know why you’re voting, not just because ‘I know his uncle.’”

In the end she summed it up: “I’m one of those glass half-full people, an optimist. I’ve learned in politics to pick your battles and compromise; you have to give to get.” 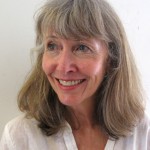