Hawaiian Airlines is giving Oakland and San Jose travelers even more incentive to come to Maui this summer with an expanded flight schedule, and a $498 fare sale for round-trip flights which includes free connections to Kauai, Hawaii Island, and Honolulu.

Hawaiian is offering a special summer fare sale of $498 for round-trip flights from Oakland and San Jose to Maui that is inclusive of all taxes and available in Economy Class for travel from June 10 through August 21, 2012. Tickets at the special fare must be purchased by Friday, March 23. 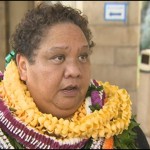