Hawaii Race to the Top Team Gets Visit from US DOE

The visit began today and runs through March 30, 2012.  During their assessment, US officials will look at five specific ares to determine if Hawai’i is meeting the goals outlined.  This includes: Reform Support and Building Capacity;  Standards and Assessments; Data Systems; Great Teachers and Leaders; and Zones of School Innovation.

While in the state, the US DOE will also conduct a fiscal review and use the visit as an opportunity to reassess Hawaii’s “high-risk” status.

“We have clear and compelling evidence to show the federal review team,” said Hawaii Superintendent, Kathryn S. Matayoshi of the federal visit.

Matayoshi said Hawai’i has made significant progress on all of the ongoing projects in its Race to the Top initiatives since the US DOE’s last visit in June 2011.

“We remain committed to our mission that every child graduates college- and career-ready,” said Matayoshi, who expressed plans to continue transformation efforts of Hawaii’s public education system.

Office of Strategic Reform Assistant Superintendent Stephen Schatz said he was looking forward to the visit.  “It will give the state an opportunity to show the significant progress we’ve made on many of the ongoing key projects to transform Hawaii’s public education system. We have clear evidence to show to the federal review team during their on-site visit,” said Schatz.

In the area of Reform Support and Building Capacity, DOE officials say changes include the establishment of the Office of the Deputy Superintendent and Office of the “Senior” Assistant Superintendent to align departmental offices.  Also of note, Hawai’i public schools celebrated marked improvements in its mathematics and reading scores this past November when the National Assessment of Educational Progress released “The Nation’s Report Card” for the Spring of 2011. 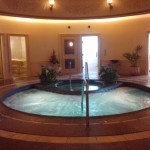