Following the addition of three aircraft to its neighbor island fleet and the introduction of its Maui hub, Hawaiian Airlines today announced a short-term interisland fare promotion.

“We’ve added lots of new daily flights and made it easier to move about the islands. The extra capacity also presents an opportunity for us to offer additional pricing options,” said Peter Ingram, Hawaiian’s executive vice president and chief commercial officer, in a written statement.

The one-way promotional fares being offered are as follows, with the travel period extending from April 10 through June 30, 2012. Tickets must be purchased by April 30. 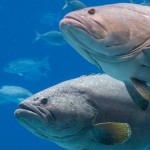