A “malicious fire” at an HC&S field in Kahului last year led to the early harvest of sugar cane in the area, and a subsequent air permit violation.

“The field that is the subject of the violation, HC&S field 716, is located in Kahului and was not scheduled to be harvested until 2012, and thus not listed on HC&S 2011 agricultural burning permit,” said HC&S General Manager Rick Volner Jr.

“HC&S takes compliance with its agricultural burning permit very seriously and has instituted safeguards to prevent a recurrence of this incident,” said Volner in a statement this afternoon.

Volner said that as the result of the “malicious fire” that consumed 160 acres in this field and an adjoining field in September 2011, about half of field 716 was burned and was harvested immediately after the fire.

All of the surrounding fields were listed on the 2011 burn permit and were also harvested, according to Volner.

“These circumstances led to confusion about the remaining cane in field 716 and resulted in 25 acres of field 716 being burned when HC&S completed the harvest in November 2011, rather than in 2012,” said Volner.

According to HC&S officials, once the error was realized, further burning of field 716 was halted and the remainder of the field was harvested unburned.

HC&S subsequently notified the Department of Health of the error, and was assessed a $2,400 fine.

The citation was for the burning of 25 acres at field 716 in November of 2011, since the field was not listed on the company’s agricultural burning permit.

“HC&S takes full responsibility for this violation, which it self-reported,” said Volner.

Hawaiian Commercial & Sugar Company is among five companies that were issued citations from the Department of Health’s Clean Air Branch for air permit violations.

The citation was issued to HC&S for the burning of approximately 25 acres of cane on November 4, 2011, without prior Health Department approval.

The violation was self-reported and the company was assessed a $2,400 penalty.  The fine was the smallest of the five citations issued.  The largest fine was a $26,700 penalty assessed against Tesoro for opacity violations.

According to the Department of Health, HC&S does have an agricultural burning permit for the burning of cane for their Puunene sugar refinery; but the field was not a field allowed to be burned under the permit.

Tesoro Hawai‘i Corporation was cited for various opacity violations on a vacuum unit charge heater, package boiler, and crude heater.  Tesoro is a crude oil distillation facility located at Campbell Industrial Park, on O‘ahu. The violation was self-reported and a $26,700 penalty was assessed.

Hawaiian Electric Company, Inc.was assessed a $6,000 penalty for a self reported violation at its Waiau generating station in Pearl City on O‘ahu.  The company exceeded its opacity permit limit during an unscheduled equipment shut-down on September 1, 2011.

O. Thronas, Inc., which operates as Kaua‘i Aggregates, was assessed a $5,100 fine for failing to conduct the 2010 annual performance tests for opacity on the 700 ton per hour stone quarrying and processing plant located in Wahiawa on Kaua‘i. The violation was discovered during an annual inspection.

Kohala Coast Concrete and Precast, LLC. was assessed a $5,300 penalty for various permit violations on the 170 cubic yards per hour concrete batch plant located at Kawaihae on Hawai‘i island. The violation was discovered during a complaint investigation.

All fines assessed by the Clean Air Branch are paid into a revolving special fund, which is used to prevent or minimize damage to the environment.

Parties have the right to request a hearing to contest DOH orders. 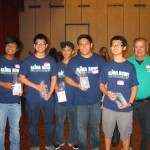 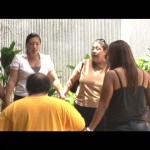