Heely currently serves as a Deputy Corporation Counsel for the County of Maui, where she is team leader for the Counseling and Drafting Section’s Finance, Public Safety, and Human Resources Team.

Heely has provided pro bono services to both the legal community and the community as a whole.

“Judge Heely’s diverse professional experience as an attorney in various aspects of government operations and within the Judiciary is highlighted by her strong integrity and credibility,” said Senate President Shan Tsutsui, of Maui. “I am confident that she will serve with honor and fairness on the bench of Maui’s Family Court.”

Fellow Maui senator, J. Kalani English said Heely has demonstrated the ability to analyze complex issues from all sides, “which is a characteristic fundamental to a fair and just jurist,” said Sen. English.  “She is highly respected in our community and I have no doubt that she will serve Maui proudly,” he said.

Sen. Roz Baker of Maui reflected on Heely’s attitude, intellect and leadership saying the attributes, “will serve her well in handling the demands of district court.”

“Also, over the course of her career, she has displayed decisiveness and fairness in her decision-making that will serve her well as a judge, and bodes well for the community,” said Sen. Baker. “Maui County is fortunate to have someone so well-qualified and interested in public service as Adrianne.” 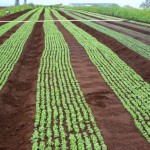 Molokai Farmer Confirmed to Ag Board