Charities are benefit from volunteer sleepers at Kama`aina Loans. Photo by Todd A. Vines.

A temporary bedroom has been erected in the display window of Kama’aina Loan in Wailuku and is benefiting Maui charities who send volunteers.

Richard Dan, owner of Kama‘aina Loan in Wailuku, has dreamed up a creative way to drive awareness of his business while supporting Maui charities. Dan has offered to donate to any charitable organization that will provide a model for his current ambient advertising campaign.

A temporary bedroom as been erected in the display window of Dan’s shop at 46 N. Market Street. Volunteers doze behind the 7-foot by 6-foot pane of glass.

“We made our bed, now we’re having others lie in it,” said Dan, in a written statement.

The unique stunt has been turning heads since it began May 4 during the monthly “Wailuku First Friday” event, when Alexis Dascoulias, executive director of Maui OnStage, earned a contribution from Kama`aina Loans for the arts.

“Nobody could believe I was real,” said Dascoulias, in a written statement. “They kept knocking on the window.”

Models have been playing sleeping beauty Monday through Friday from 11 a.m. to 1 p.m. A special surprise celebrity has already been scheduled to sleep during the June 1 “First Friday” event, but other opportunities are still available. 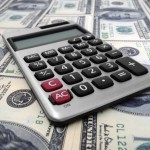