A company that sells deep-sea water in Japan and elsewhere will pay $2 million to settle violations of state law involving its bottling process, the state Department of Health said today.

Koyo USA Corporation in September was fined $5 million for “adulterating its bottle water product” and for selling bottled water for human consumption from an unapproved source, the DOH said at the time.

State health officials said from 2006 until 2011 the company was taking ocean water rejected by its reverse osmosis filtration and desalination system and adding it to its final product.

The action, which the state learned about through an anonymous complaint, violated the company’s permit, health officials said.

Koyo sells its product as MaHaLo Hawaii Deep Sea with the slogan “Purely the Best Water in the World.”

Koyo, a US subsidiary of a Japanese company, obtains its water at the Natural Energy Laboratory of Hawaii. The facility has several pipes drawing seawater from off Kona’s Keahole Point, including a 55-inch-diameter pipe extending 3,000 feet below the ocean’s surface, which supply a variety of aquaculture operations.

No recall or embargo of Koyo’s product was required. Koyo performed a disinfecting process before the water was sold and testing by independent laboratories and the state confirmed that the water did not pose “an immediate and/or substantial risk to human health,” the DOH said today.

The agency said Koyo has corrected its bottling process. According to the company’s website, the company has the capacity to bottle up to 1 million bottles daily.

Inspections of Destiny, Hawaii Deep Marine and Kona Deep, three other bottling companies at NELH, found them in compliance with their permits, officials said.

Koyo paid its first installment of $1 million earlier this month. The second payment is due by Aug. 31. 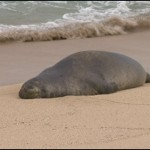