The suspect in the knife attack incident at The Paradise Gardens on Monday morning has surrendered to police, ending a manhunt.

The knife attack occurred on Monday at approximately 3.24 a.m. at The Paradise Gardens apartment complex in north Kihei. Elaban-Paoa allegedly stabbed and cut a 21-year-old resident of the complex following an argument between the two.

Police found the victim upon arrival at the scene. However, Elaban-Paoa had fled, and a manhunt was launched. Police had considered Elaban-Paoa as “armed and dangerous.”

Paradise Gardens apartment complex in Kihei. Photo by James B.

A second crime at the same complex that weekend, in which a stolen computer took a photo of a suspect, is still under investigation. 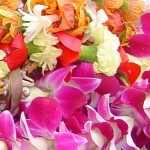