For 2011 HEI reported that Maui Electric had more than 68,000 customer accounts and over $417 million in electric sales revenue for the year ended Dec. 31.

After 12 years with HECO, she moved to Maui, where her most recent assignment was heading renewable energy services for the Valley Isle utility.

That job that involved negotiation and administration of renewable energy contracts. She was also responsible for integrated resource planning, as well as commercial account management for Maui’s larger energy consumers including the County of Maui, Department of Water Supply and Maui’s hotels and resorts.

Suzuki characterized herself as an “analytic” person with an MBA in finance, who is “interested in economics and likes to look at the big picture.”

She said that the extended downturn in the local and national economy has led to a relatively flat curve in energy consumption here. She identified 2006 as the peak recent year adding that so far the use of electric here has yet to exceed the levels set then.

However, she continued, “during the same period there has been substantial growth in renewables, both in large projects – like wind farms and smaller individual rooftop installations.”

Solar systems growth in recent years has been “exponential,” she said, especially in smaller systems. There were three times more rooftop photovoltaic systems installed under the company Net Energy Metering program  in the first quarter of 2012 than there were in the same period last year.

According to the HEI 2011 annual report, MECO is ranked in the top ten in the nation for installed solar watts per capita.

MECO Goal 40% Electricity from Renewables by 2030

One area of interest to MECO is battery storage systems. MECO is looking at a two small test sites in central and south Maui to see how new technologies and the ability to store power generated by wind and sun might smooth the energy curve “so there are no big swings.”

She also said, “There has been significant growth in key suppliers selling power to MECO under long term contracts that are not tied to the price of oil.”

She named the Kaheawa Wind Farm at Maalaea as a major supplier. The company windmills (which began operating in 2006) generate 30MW of electricity in its first phase.

A second phase is expected to come on-line next month; it will have a 21MW capacity. The combined capacity is expected to be sufficient to serve 18,700 homes according to a Kaheawa press release.

Another important renewable supplier is Sempra Energy. This firm recently broke ground on a wind generation project in Ulupalakua. The 21MW farm with eight wind turbines is expected to begin operation toward the end of 2012.

When completed, it will generate sufficient power for about 10,000 homes, a Sempra news release said.

Suzuki said that MECO also buys up to 16MW of firm power from HC&S.

She also commented on several issues that affect the growth of renewables here.

Because of the need to keep the grid stable, the company has put a 15% “threshold of the peak load on the circuit.” In some geographic areas it is still possible to hook up to the grid, while others have already reached this capacity.

Suzuki said that anything beyond the 15% threshold “requires additional technical review.”

That figure, she said should be viewed as a “pause, not a final limit.”

Applicant, Not MECO, Pays for the Tie In Report

She also noted that energy generators who want to tie into the the grid may have to provide and pay for a technical study on how their power will affect the stability of the grid. To have the company absorb the cost of those studies, the PUC would have to approve a rule change.

Maui Electric is already one of the top companies in the nation for adoption of solar power. Courtesy image.

Not all response to this pilot has been favorable.

Suzuki said that “participation in the project is strictly voluntary and will help the company make better decisions going forward.

“I believe that Maui Electric can achieve our clean energy goals by working with the community, not just for our needs but for the needs of future generations. I’m excited about the opportunity to lead the company.” 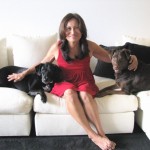