Editor’s note: In the spirit of providing equal time, candidates have been invited to submit a letter to Maui Now to state their position to the public.

When making a decision on who to vote for for a particular political race, it is very easy to get caught up on who has the best road signs. This is especially true in the lower profile races such as County Council. In my case, I am running for the Kahului seat. My opponents Don Guzman and Alan Fukuyama both have very nice signs. I won’t lie. They have a much bigger budget than I do for my campaign. I made my signs myself out of wood and paint. However, just because they have nicer signs that doesn’t make them better candidates.

In my opinion, our race is the one to look at in the county council races. The reason being that it is the only one that is a vacant seat and all of us are new candidates. Who is the best candidate needs to be decided based on where we stand on local issues and who the voters feel has the best ideas for those issues. That can only be decided in a debate. I will give Fukuyama credit because he has agreed to meet me in a debate. Guzman has declined at this point.

The point is that nice signs don’t make the candidate. To get an idea on where I stand on the issues, go to mauih2o.com. Also if you would like to know where I stand on a certain issue, you can go to my political blog http://askmclaughlin.wordpress.com/. I hope for the opportunity to debate my two opponents. 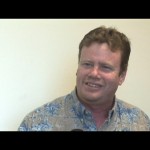 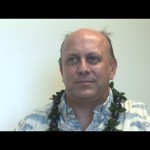