A bill establishing an Executive Office of Early Learning was enacted by Governor Neil Abercrombie yesterday.

Senate Bill 2545, also creates a post for a cabinet director. The state’s Early Childhood Coordinator, Terry Lock, was named to the post during the bill signing ceremony.

The governor said the goal of the administration is to make a collaborative effort to ensure each young child in Hawai’i have access to high quality preschool. “Investing in the next generation is the wisest decision that we can make as a people, and this measure makes such an investment,” said Gov. Abercrombie.

In addition, the bill also repeals junior kindergarten programs at the end of the 2013-2014 school year, and requires students that enter kindergarten to be at least 5 years old on July 31st beginning in the 2014-2015 school year.

Under the new law, the EOEL will be responsible for developing an implementation plan for an early learning program, targeting late born five year olds and 4-year-olds. The plan is due to the Legislature 20 days prior to the start of the 2013 legislative session.

The governor said the vision is to have a universal network of child care and preschool support for every 4-year-old in the state.

“The governor and the Legislature clearly recognizes that high quality early learning programs that are affordable and accessible for all children are critically important for ensuring the success of Hawai’i’s keiki,” said Lock.

“I look forward to continuing on the path that Governor Abercrombie has put forward in the expansion of a public-private comprehensive early childhood system for children,” she said. 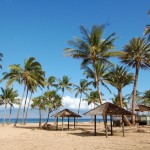