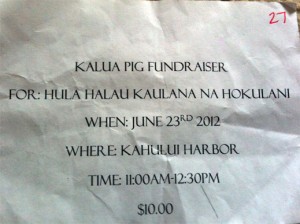 Numerous reports have surfaced in recent weeks of scams involving false hālau fundraisers, the latest of which is using the name of a well-known hālau on Maui.

The reports involve individuals selling jewelry and earrings, under false claims that the funds are for a trip to Tahiti for dancers from Hālau Ke`alaokamaile.

Those who have been approached say the imposters falsely state that the kumu of the hālau, well-known international entertainer and Kumu Hula Keali`i Reichel, is gravely ill.

The scam comes at a bad time for the hālau, which is in the middle of a campaign to raise funds for a Hālau Cultural Center in Waihe’e.  The hālau sells shortbread cookies, not jewelry; does not teach Tahitian dance; and its kumu is in good health.

The scam has been going on for weeks with numerous stores being approached including Tom’s mini-mart, the Maui Tropical Plantation, the Dollar Store at Ka`ahumanu, and Breanna’s Polynesian shop in West Maui.

If anyone has heard about the scam and can offer more information, they are asked to call the hālau office phone at (808) 572-1280 and leave a message.

A similar scam involving a bogus hālau and fundraiser was reported to our offices on June 23.

The incident involved a woman and her kids selling kalua pig tickets for the non-existent and made-up, “Hula Hālau Kaulana Na Hokulani.”

One complainant stated, “My mom bought two kalua pig tickets last week and went to go pick up today at Kahului Harbor.  There was no pig, no sign, no hālau people–only ticket-holders like my mom, hungry and disappointed.”

Anyone with further information should call Maui police. 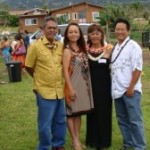