In 2008, BJ Penn enjoyed something President Obama didn’t. The support of his fellow islanders. 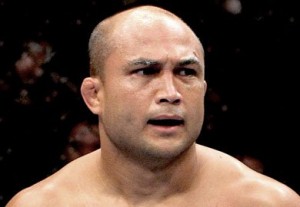 While the UFC lightweight champion was basking in the glory of his May victory against Sean Sherk, Obama was locked in a heated battle for the presidency with veteran senator John McCain. Despite having a candidate from Hawaii in the race, the Aloha State would go on to have the worst election-day voter turnout in the entire country.

Island residents have traditionally been ecstatic at the prospect of a fellow Hawaiian “making it big,” crashing phone-lines for local American Idol contestants and huddling around televisions to cheer on world championship little leaguers. With national-level success normally celebrated with the same fervor as the moon landing, why were Hawaii residents so indifferent to politics in 2008?

Blame it on recycling. 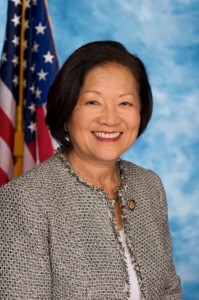 We’re not talking about cardboard or aluminum here (although some of the folks involved are a bit plastic). This has to do with too many familiar faces.

If there’s one thing the Hawaii electoral scene isn’t known for, it’s fresh blood. Islanders treat political offices somewhat like wine cellars, with the older varietals gaining value over time, less likely to be emptied and replaced as the years go on. If anything, we just move them to a different shelf.

Where term limits do exist, politicians often just play a slow moving game of musical chairs. Former Maui mayor-turned-former-governor Linda Lingle is running for Senate against former lieutenant governor-turned-US Congresswoman Mazie Hirono, who is vacating a seat once held by former congressman Ed Case, who is now competing in the race against both of them. 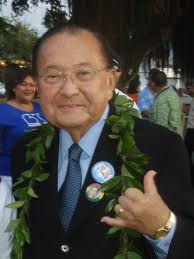 So established are our senior politicos that when it comes to advertising themselves, some don’t even bother with last names. When you’re able to stick a sign in the ground that simply says “Dan” or “Mazie,” you know you’ve “been around.”

Sometimes, voters aren’t even treated to identification. For example, tucked into various yards around the Big Island is a perplexing banner in green print instructing residents to “Keep It Fresh.” Though some may mistake it for a PSA about island produce, it’s actually an advertisement for Hilo councilman Dennis “Fresh” Onishi.

Mr. Onishi is actually a very nice man, even if the use of his nickname is getting a little stale.

The ultimate honor for pompous marketing is left to those candidates that choose to place their signage in graveyards. People usually stop voting when they hit room temperature, and forcing their grieving relatives to stare at an oversized grin is just plain creepy. 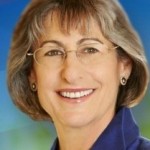 But why are there so few new faces in Hawaii politics?

The Hawaii Democratic Party effectively runs a one party system in the state, and has often been blamed for the limited selection of candidates and apathy of voters here. But a more likely culprit is actually our local electoral system itself.

Until 1982, most Hawaii residents could elect more than one state representative from each of the districts they lived in. In other words, we weren’t forced to choose only one person to send to the state Legislature. This meant that while one of our district’s seats may have been filled by a veteran politician, one or two more seats were still available for relative newcomers.

In 1981, a reapportionment effort was challenged in federal court, with a three-judge panel deeming Hawaii’s multi-member districts unconstitutional. This forced the state to switch to single-member districts. Voter turnout has been in a decline ever since, and incumbents have gained in power, becoming harder for newcomers to unseat.

Over the last 30 years, several court decisions have actually ruled in favor of multi-member districts. Hawaii’s most recent state reapportionment commission considered ending the single-member system, but despite the support of Governor Neil Abercrombie, the commission came up one vote shy of changing the status quo.

Many studies have shown that voter turnout is highest in places where residents feel they can “make a difference.” Perhaps we should establish term limits for state legislators, and end single member districts to help empower newcomers. 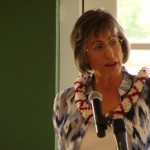 Lingle to Gain Endorsement from US Chamber at Maui Event 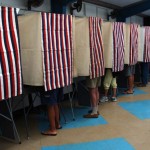