The University of Hawai’i System encourages full-time students at any of its two- or four-year campuses to take 15 credits per semester to graduate on time.

Research has found that students who take at least 15 credits per semester have higher rates of timely graduation than students who take fewer classes. Those students are also more successful in their academic careers, with higher grade-point averages.

“A student who takes only 12 credits per semester at a UH campus is technically a ‘full-time’ student,” explains Linda Johnsrud, UH executive vice president for academic affairs and provost. “That student, however, will not earn a two-year degree in two years or a four-year degree in four years. Plus the four-year degree may cost as much as $12,000 more because the student isn’t taking advantage of the tuition cap.”

Through the Hawai‘i Graduation Initiative, UH hopes to encourage students to graduate on time, save tuition money, and start their careers as quickly as possible simply by registering for more credits per semester.

Many UH System students have or will be receiving information on the benefits of enrolling in more classes as part of their registration or new-student orientation materials. UH students are able to add classes right up until the first day of classes on August 20.

The benefits of a college education are clear. According to data from the 1992-2011 Current Population Survey of the US Bureau of Labor Statistics & Census Bureau, total personal income increases greatly with higher levels of education. In fact, total personal income of an individual with a bachelor’s degree averages just over $52,000 – nearly $20,000 more than someone with only some college experience.

“We do not want students in Hawai‘i to follow a path through college that leads to debt, but no degree. We want our students to earn the credentials they need to pursue their goals,” adds Johnsrud. 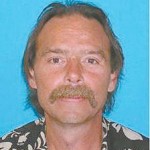 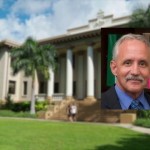 Other UH Employees to Face Investigation Re Stevie Wonder