Despite being the newest member of the Big West Conference, the University of Hawai’i women’s volleyball team enters the league as the 2012 preseason favorite, according to a poll of Big West coaches.

The Rainbow Wahine are entering their second stint as a member of the Big West and hoping to pick up where they left off. UH competed in the Big West from 1985-95 and won the title in its final season with a perfect 18-0 record, 31-1 overall. That season was followed by a fruitful run in the Western Athletic Conference where the ‘Bows won 16 league titles.

Hawai’i opens conference play at Cal State Northridge on Sept. 19 and will face UC Irvine in its home opener on Sept. 27. UH will also renew long-time conference rivalries with Long Beach State and UC Santa Barbara. LBSU and Hawai’i faced off in the NCAA Northwest Regional five times during UH’s eight-year run in the Big West. The 49ers won every meeting, but the Rainbow Wahine finally broke through in 2000 when they topped Long Beach State in the regional semifinal at the Stan Sheriff Center. The ‘Bows saw a preview of conference competition last season when they played LBSU and Cal State Fullerton, defeating both.

UH opens fall camp on Wednesday, Aug. 8 and plays Albany on Aug. 24 in the Chevron Rainbow Wahine Invitational for its season opener. 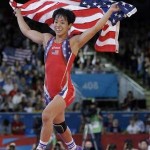 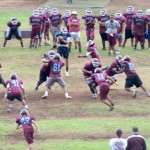