Arrest Made in Deadly Maui Hit-and-Run

Maui police say the operator of a truck believed to have been involved in a fatal hit-and-run collision that claimed the life of a Waiehu woman, has since turned himself in.

Police said Walter Vierra, 43, of Wailuku, was arrested today on suspicion of negligent homicide in the first degree and suspicion of accidents involving serious bodily injury or death.

Vierra, who turned himself in at 11 a.m. on Friday, Aug. 24, was released pending further investigation, according to police reports.

Maui police also recovered the vehicle that was believed to have been involved in the pedestrian accident.  Following a request for public assistance, calls to police and Crime Stoppers led authorities last week to a truck located in Happy Valley. The truck was recovered at 11:53 p.m. on Friday, August 17, 2012, and remains at the Maui Police Department as evidence.

The investigation stems from the discovery last week of a lifeless body lying on the shoulder of the Kahekili Highway on the border of Waiehu and Happy Valley.  The incident was reported at 5:49 a.m. on Friday, Aug. 17, just south of Kamaile Street intersection.

Authorities say she was walking home toward Waihee on the makai side of the road in an area that does not have street lights when she was struck by a vehicle traveling in the same direction.

An investigation revealed that the vehicle fled the scene in the Waihee direction, police said. 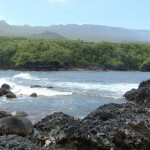 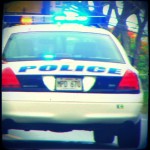