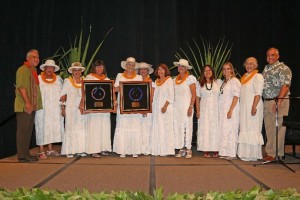 The Hawai‘i Tourism Authority (HTA), the state’s tourism agency, presented the Daughters of Hawai‘i and the Friends of ‘Iolani Palace with its 2012 Tourism Legacy Awards, in recognition of both organizations’ established lifelong efforts in perpetuating the Hawaiian culture.

“As the only state with a monarchy history, the dedicated efforts of these organizations to recognize Hawaii’s ali‘i and their legacy is a testament to the vital importance of historical preservation for Hawai‘i,” said Mike McCartney, president and CEO of the HTA, in a written statement. 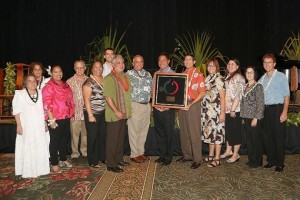 The Daughters of Hawai‘i is a nonprofit organization founded in 1903 “to perpetuate the memory and spirit of old Hawai‘i and of historic facts, and to preserve the nomenclature and correct pronunciation of the Hawaiian language.”

The Daughters are one of the first organizations in Hawai‘i to recognize the importance of historical preservation. The organization owns and maintains the Queen Emma Summer Palace, the Hulihe‘e Palace and the site of Kamehameha III’s birth at Keauhou Bay in Kona on Hawai‘i Island.

The Friends of ‘Iolani Palace was established “to preserve, restore, interpret, share and celebrate the unique cultural, historical, and spiritual qualities of ‘Iolani Palace and its grounds for the benefit of native Hawaiians, the people of Hawai‘i and the world.”

Designated as a national historic landmark and as the only royal palace in the US, ‘Iolani Palace embodies Hawaiian cultural heritage and offers genuine opportunities for residents and visitors to experience our host culture. 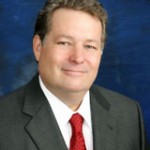 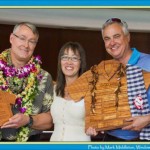