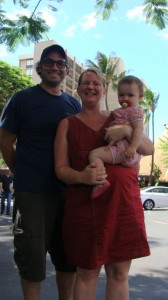 Displaced occupants of the Valley Isle Resort were on property today recovering their belongings after a Labor Day fire on the resort grounds gutted a gym, offices and other resort facilities.

They were assisted by cleanup crews who were also on hand to remediate smoke odor and provide critical cleaning at the 120 units on site.

We spoke with vacation time share occupant, Kenik Hassel who evacuated with his wife and baby from the seventh floor of the resort’s adjacent high rise before units arrived on scene.

“It was definitely interesting.  I woke up first thing in the morning (and) had the doors open–initially smelled a little bit of smoke, and was thinking it was a little bit early to start roasting the pig,” Hassel said jokingly.

Initially, Hassel said he thought the smoke was a fog bank.  “Then I went out front and saw another fog bank, but it smelled like smoke, which kind of caused me to be a little bit concerned.  I could see in the background that there was a little bit of blue sky, and that’s when I got really concerned, and I looked down and that’s when I saw the smoke billowing out of the top of that thing,” said Hassel of the cone shaped roof structure of the gym.

“Smoke was just pouring in and up the fire escape,” said Hassel who ran out to the beach to get away from the fire.

Hassel said the Red Cross found permanent residents of the resort other places to stay temporarily.  As for Hassel, he said, “we’re here with a time-share place and they have another property over in Kihei, so they just put us up over there.”

“Overall, there are worse things to do on a day in Hawai’i than sitting over here on the grass, and just kind of relaxing for a change.  I mean, it could have been better for sure because we could’ve still been in our place; but it could’ve been worse because everybody got out safe and we actually had a reasonably good time talking to folks we wouldn’t have talked to in the first place,” said Hassel. 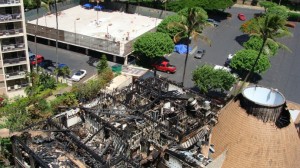 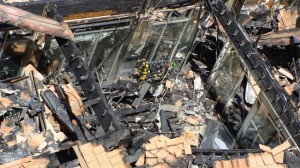 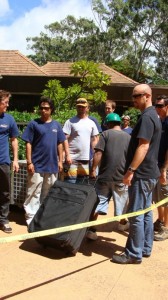 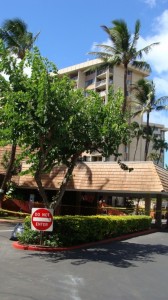 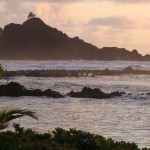 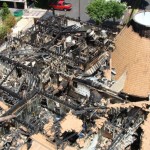