3 in Stable Condition after Jeep Roll Over

Three men ranging in age from 18 to 20 were transported to the hospital in stable condition after the jeep they were in rolled over and down a 30 foot embankment near the old Maui High School.

The incident was reported at 3:51 p.m. on Wednesday in an area along Holomua Road.

Officials say a total of five people were in the vehicle when the incident occurred, and all were able to get out on their own before emergency responders arrived. Injuries ranged from an arm fracture to chest and back injuries.

Medics from Makawao and Wailuku found the jeep on its roof, with its front end pinned against several large boulders.

According to incident reports, all patients were residents of Maui, were occupants in the back seat of the jeep, and none were wearing their seat belts. 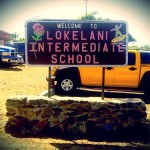