A 69-year-old Maui woman was rescue by personnel from the Maui Fire Department after she became disoriented while hiking in the Makawao Forest Reserve last night.

The woman called for help at around 5:45 p.m. on Wednesday, October 31, 2012, reporting that she was lost and disoriented.

Crews from Engine 5, Rescue 10 and Hazmat 10 initiated a ground search after an attempt to locate the woman by air before night fall was unsuccessful.

Search crews located the woman at 11:30 p.m., about two miles from the base of the Kahakapao trail.

She told authorities that she frequently hikes that area but somehow become disoriented and could not find her way back to the trail head, said Mainaga.

No medical attention was required.  Crews from the state Department of Land and Natural Resources,  and Piiholo Ranch personnel also assisted with the search. 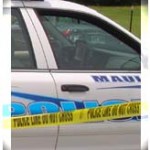 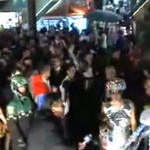