The Maui Police Department today honored nine employees with awards and certificates of merit for outstanding performance while on duty.

The individuals were honored during the MPD’s monthly Commanders Meeting, held this morning at the Chief’s conference room at the Wailuku Police Station.

The awards stem from two separate incidents involving rescues from burning homes in Kahului and Lahaina. 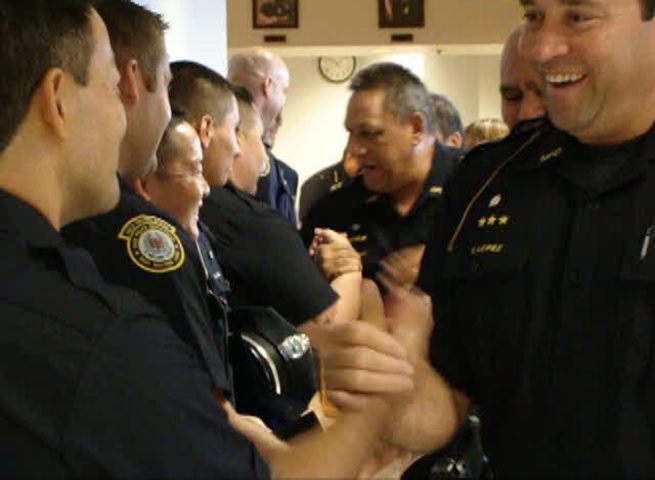 The first incident was reported on the evening of July 4, 2011, in which Officer Jun Hattori and Officer Erik Losvar responded to a call involving a structure fire on Kelawea Street in Lahaina.

Upon arrival, officers found the residence engulfed in flames with occupants trapped inside.

According to Maui Police, Hattori and Losvar entered the burning residence repeatedly, carrying victims to safety. Both officers were awarded the Silver Medal of Valor. 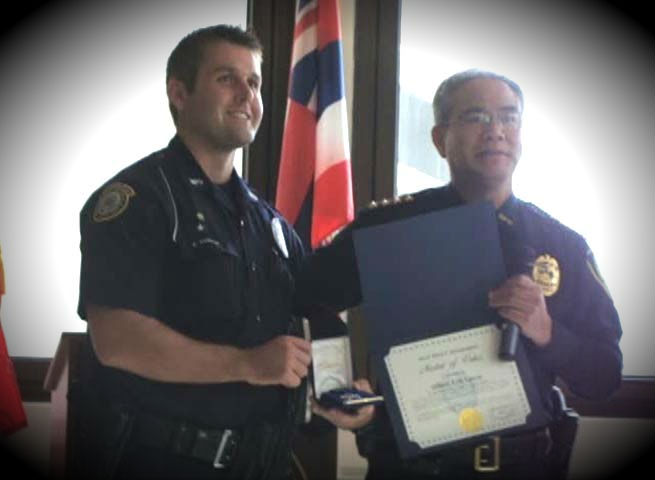 During a separate incident reported on August 27, 2012, Officer Gershom Slonim observed thick smoke billowing from the front door of a residence on South Papa Avenue while on patrol in Kahului.

Officer Slonim entered the residence and utilized the fire extinguisher to douse the fire in the kitchen and evacuated five people within the home with the assistance of Officer Randy Takayama and Officer Darryl Honda.

Officer Slonim was awarded the Bronze Medal of Valor, while Officer Takayama and Officer Honda were honored with Certificates of Merit. 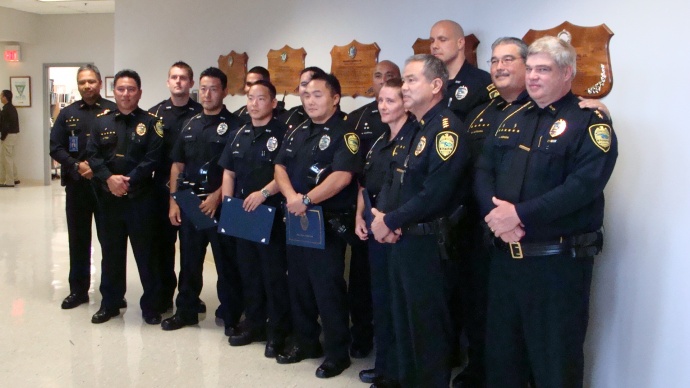 The Maui Police Department honored nine of their own for exceptional service while on duty. Photo by Wendy Osher. 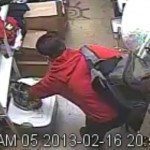 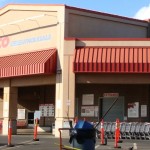