The Hawaii All-Star Cheerleaders are hosting “The Show Offs” on Saturday, March 9, at the War Memorial Gym, beginning at 4 p.m.

“It will feature exhibitions from all the Maui all-star cheer teams so their family and friends can see their competition routines before heading to the mainland,” said Hawaii All-Star Cheerleaders head coach Kealii Molina.

Concessions will be available.  Admission is a $10 donation.

Molina said:  “We’re trying to get a bid to the World Summit National Championships in May (4-5).”

The Summit is the premier all-levels national championship competition in Memphis, TN. The Varsity All-Star event is for the best cheer teams from across the country. The Summit hands out bids to a total of 462 teams in 43 divisions — 107 paid bids worth more than $1 million and 355 at-large bids.

For more information, contact coach Molina at 269-1066 or [email protected]. 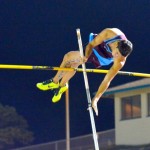 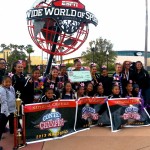