The amount of high school students that went on to college experienced a double-digit increase at Maui’s HP Baldwin High School over two years according to a report released today by the state Department of Education.

The report notes a double-digit percentage gain in college-going rates over a two-year period at Baldwin High School where an 11% jump was reported over the same two-year period — 47% in 2010 to 58% in 2012.

The new data was part of an annual report entitled “College and Career Readiness Indicators,” prepared by the DOE and the University of Hawai‘i in cooperation with Hawai‘i P-20 Partnerships for Education and Kamehameha Schools.

Overall, the report found that more Hawai‘i public school students from the Class of 2012 enrolled in college compared to the previous year’s graduates, and they were “better prepared” for mathematics and English courses.

The following college enrollment changes were recorded for Maui schools from 2011 to 2012:

Here in Maui County, increases in on-time graduation rates increased at five Maui schools with the highest rate of 98% recorded at Lānaʻi High School, up 12% from the year before. The full results for Maui schools (2011 to 2012) include the following:

The percentage of students taking Advanced Placement exams increased to 24% statewide. Here in Maui County, the following AP figures were recorded for 2011 to 2012:

The percentage of students requiring remedial classes, meantime, dropped to 31% in English and remained at 36% for math statewide.

“This new data is very encouraging, and the upward trend in college-going rates is a positive sign for our students and the state’s economic outlook,” said DOE Superintendent Kathryn Matayoshi in a press release.

She continued saying, “The College and Career Readiness Indicators reports provide school administrators and educators with a diverse set of data that will help inform critical decision-making to ensure our graduates are ready to enter college and compete in a global workforce.” 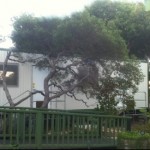