Equipment Identified as Cause of Lānaʻi Power Outage

A power outage on the island of Lānaʻi earlier this week is being attributed to equipment failure.

Maui Electric Company spokesperson, Kauʻi Awai-Dickson said the outage occurred when a crimp on one of the company’s power lines on Fraiser Avenue detached.

The incident, she said, resulted in a short circuit that caused the loss of power to an estimated 140 customers in Lānaʻi City before noon on Wednesday, May 22, 2013. “The line was reattached and customers were restored to power in just over an hour,” said Awai-Dickson.  Electrical service was restored by 12:33 p.m. according to a company issued advisory.

About a year ago, MECO officials say the company began work on an upgrade maintenance project to replace aged equipment on the Lānaʻi system.

“The line that came down was an original copper line that had already been identified for repair prior to the incident on Wednesday,” said Awai-Dickson.

Company officials apologized for the inconvenience caused by the incident, and said crews are working “as quickly as possible to make necessary repairs on our Lānaʻi system to ensure the reliable electrical service that our customers deserve.” 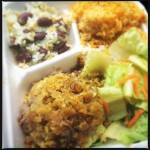