The flights, the first regular service between the airports, will be offered four times a day.

Mokulele is offering a special introductory one-way rate of $59, including taxes and fees, for the service during the month of July. The rate is subject to availability.

“Many passengers who are traveling to Maui are going to Kapalua, the Ka’anapali resort area, Lahaina or other destinations on the west side of the island,” said Mokulele President and CEO Ron Hansen. “Now, with our new Kona-Kapalua route, travelers who are visiting West Maui won’t have to make the drive to and from Kahului Airport, which can take 40 or more minutes each way. In addition, most major car rental agencies are represented at or near the Kapalua Airport.”

Flying the skies of Hawaii since 1994, Mokulele offers up to 100 flights daily connecting Oahu, Molokai, Lanai, Maui and the Big Island with its fleet of nine-passenger Cessna Grand Caravans. 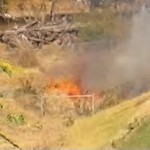 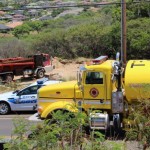