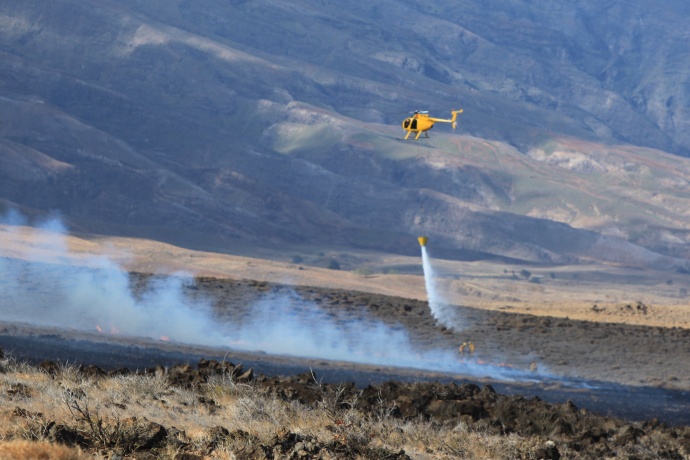 The fire was first reported on Saturday afternoon on the ʻUlupalakua side of Manawainui Gulch.

Fire officials say the fire burned brush on the mauka side of the highway up to the 15-hundred-foot elevation.

Firefighters gained 100% containment on the fire on Sunday afternoon with one crew remaining on scene overnight to monitor the area for flare-ups.

Fire officials say the fire in Kaupō is now 100% contained, but not called extinguished yet.

Maui Fire Services Chief Lee Mainaga said resources are being released from the scene, with one crew to remain overnight to monitor the area for flare ups.

Maui fire fighters are battling a large brush fire in the Kaupō area of South Maui that had burned an estimated 65-acres at last report, officials said.

Due to the hazardous terrain, active firefighting will be suspended, but crews will continue to monitor the fire-ground throughout the night, said FS Chief Mainaga.

Fire officials said helicopter crews that were assisting in the fire fighting effort have since left the scene and will return at first light on Sunday morning.

Fire officials said the fire was burning on the mauka side of the highway up to the 1,500-foot elevation.

Earlier today, there were three tankers on scene, as well as three helicopters, and three engine companies from Kula, Kahului, and Makawao.

No structures are impacted, officials said. 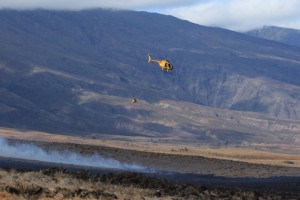 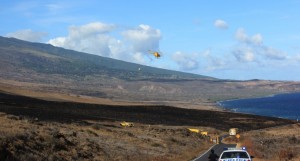 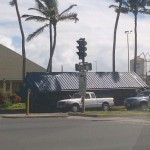 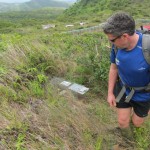