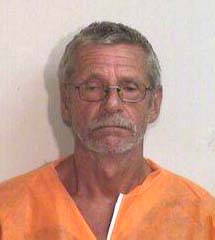 A 60-year-old Kīhei man was arrested and charged for the alleged sexual assault of an 8-year-old girl, police said.

In addition to the first-degree sex assault charge, Zdenek Behuncik was also charged with first degree burglary in connection with the July 10, 2013 incident, police confirmed.

Police say bail for Behuncik has since been set at $150,000 for the combined charges.

Police arrested Behuncik at 12:30 a.m. on July 10, after receiving a report of the alleged sex assault at the victim’s Kīhei apartment.

According to police reports, the victim’s mother was awakened by the sound of her daughter crying.

When the mother got up, she reportedly observed a male standing over her daughter with a flashlight in his mouth, police said.

Police say the mother yelled, chased the man from the room, and called police with a description of the responsible.

According to police reports, an officer who arrived on the scene at around 12:15 a.m. observed a man fitting the description (an older male with a beard, dark clothing, with a key ring, and a flashlight in his possession) to be walking at a fast pace within the apartment complex.

Police detained the man, later identified as the responsible, Behuncik, and made the arrest within 15 minutes of arriving on scene, according a police report from the MPD’s Criminal Investigation Division. 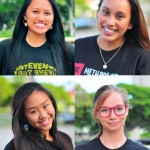 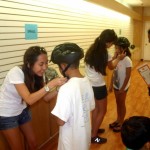 Summer Safety with Andy Bumatai at the Maui Mall