A remembrance event will be held this morning in West Maui on the 12th anniversary of the September 11 attacks.

The Mai Poina event is hosted by personnel from the Westin Kāʻanapali Ocean Resort Villas, who will be joined by dignitaries as well as first responders from the Maui Fire and Police Departments, the Department of Land and Natural Resources, Water Safety, and Paramedic personnel.

An estimated 60 people are expected to participate in the gathering that was organized to pay tribute to families, volunteers and first responders from the Sept. 11, 2001 incident.

The event begins at 8:30 a.m. on the beach fronting the Kea Lani lawn at the Westin in Kāʻanapali.

In a statement issued this morning, US Senator Brian Schatz of Hawaiʻi reflected upon what has transpired saying, “On this day, 12 years ago, our world fundamentally changed forever. Today and every September 11th, we remember the horror of that day, the fear and confusion that rippled across our nation, the heroism of our first responders, the beauty and love shared between friends, neighbors, and perfect strangers, and the unbreakability of the American spirit.” 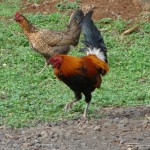