Proposed rule changes for Maui and Lānaʻi fisheries bag and size limits will be discussed during a series of public informational meetings to be hosted by personnel with the state Department of Land and Natural Resources, Division of Aquatic Resources.

Maui aquatic biologist, Russell Sparks, will explain the proposed rule changes which include bag and size limits for several popular nearshore fish.  The list includes: goatfish, parrotfish or uhu, and Jacks or ulua and pāpio.

The proposed rules also include a bag limit of no more than two uhu, prohibitions on the take of blue male uhu for the two large species, and slot limits for ʻōmilu, DAR officials said.

All meetings run from 5:30 to 8 p.m. and are scheduled to take place on the following dates and locations:

“Successful resource management requires participation from the public and we want them to know exactly what is being proposed and how they can get involved in the rule making process,” said Frazer McGilvray, Administrator of the Division of Aquatic Resources in a department issued press release.

Department officials say public hearings will be announced at a later date. 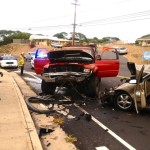 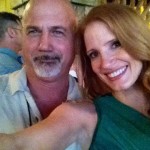