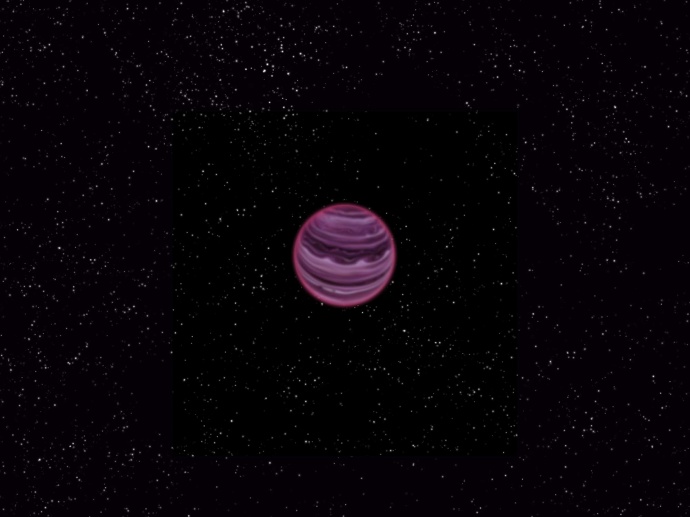 A new, lone, “free-floating” planet was discovered by an international team of astronomers with the help of the Pan-STARRS 1 telescope atop Haleakalā on Maui.

The announcement was made on Wednesday by the University of Hawaiʻi at Mānoa’s Institute for Astronomy, whose faculty and staff are involved in the development and management of observatories at Haleakalā and Mauna Kea.

According to the announcement, researchers say the planet, dubbed PSO J318.5-22, has no host star to orbit around, and was formed just 12 million years ago, which makes it a young, “newborn in planet lifetimes.”

“We have never before seen an object free-floating in space that that looks like this. It has all the characteristics of young planets found around other stars, but it is drifting out there all alone,” said team leader Dr. Michael Liu in a department issued media release.

“I had often wondered if such solitary objects exist, and now we know they do,” he said.

Researchers say the unique heat signature of the planet was identified through the use of the PS1 telescope on Maui; and follow-up observations using other telescopes in the state showed that it has, “properties similar to those of gas-giant planets found orbiting around young stars.” 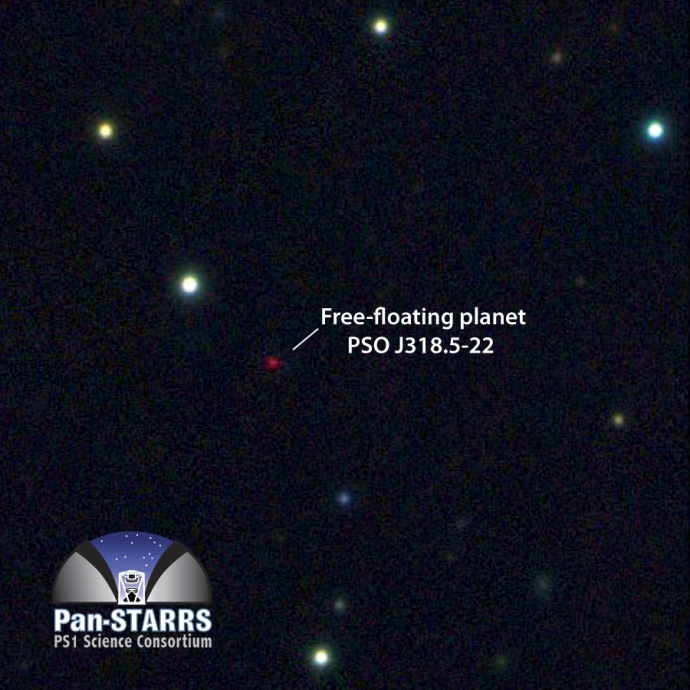 Multicolor image from the Pan-STARRS1 telescope of the free-floating planet PSO J318.5-22, in the constellation of Capricornus. The planet is extremely cold and faint, about 100 billion times fainter in optical light than the planet Venus. Most of its energy is emitted at infrared wavelengths. The image is 125 arcseconds on a side. Credit: N. Metcalfe & Pan-STARRS 1 Science Consortium

The discovery was reportedly made during a search for brown dwarfs or failed stars that are described as very faint with very red colors due to their cool temperatures.

According to the IFA, researchers have been using the PS1 to scan the sky each night in an effort to detect the fain heat signatures of the brown dwarfs.

In the process, researchers say “PSO J318.5-22 stood out as an oddball, redder than even the reddest known brown dwarfs.”

Dr. Eugene Magnier, who leads the data processing team for PS1, compared the hunt for rare celestial objects to searching for a needle in a haystack; and described the data-set from the PS1 as “the biggest haystack that exists in astronomy.”

“The total dataset to date is about 4,000 Terabytes, bigger than the sum of the digital version of all the movies ever made, all books ever published, and all the music albums ever released,” according to the media release.

According to information released by the IFA, PSO J318.5-22 is located 80 light-years away from Earth, has a mass that is six times that of Jupiter, belongs to a collection of young stars called the Beta Pictoris moving group, and is “one of the lowest-mass free-floating objects known.”

Researchers say that perhaps, “its most unique aspect is its similar mass, color, and energy output to directly imaged planets.”

Dr. Niall Deacon of the Max Planck Institute for Astronomy in Germany and a co-author of the study released a statement through the IFA saying, “Planets found by direct imaging are incredibly hard to study, since they are right next to their much brighter host stars.”

“PSO J318.5-22 is not orbiting a star so it will be much easier for us to study. It is going to provide a wonderful view into the inner workings of gas-giant planets like Jupiter shortly after their birth,” said Dr. Deacon.

A discovery paper on the planet is being published by the Astrophysical Journal Letters and is available at the following link. 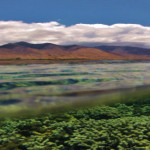 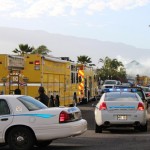