State House lawmakers advanced a bill that would legalize same sex marriage in Hawaiʻi on third and final reading late Friday night in a 30-19 vote, with two members excused.

The bill needed at least 26 yes votes out of 51 to pass.  With the support it needed to advance, the bill now heads back to the state Senate for further review.

SB1 HD1 recognizes marriages between individuals of the same gender by extending to same-sex couples the same rights, benefits, protections, and responsibilities that married couples of the opposite-sex are presently entitled to. The bill also expands a religious exemption.

The vote comes following passage on 2nd reading by the full House in a 30-18 vote on Wednesday; an 18 to 12 vote in the Finance and Judiciary committee on Tuesday; and an earlier 20 to 4 vote in the full Senate.

Following the House passage of SB1 HD1, the measure was returned to the Senate for consideration to agree or disagree to the House’s amendments.  The Hawaiʻi State Senate is scheduled to convene at 10 a.m. on Tuesday, Nov. 12, 2013, to consider the proposed amendments.

“If the Senate disagrees, the bill will be sent to a conference committee to negotiate differences in the measure between the Senate and the House,” the announcement said.

Governor Neil Abercrombie released a statement shortly after the vote in the House saying the following:

“I commend the House of Representatives for taking this historic vote to move justice and equality forward.”

“After more than 50 hours of public testimony from thousands of testifiers on both sides of the issue, evaluating dozens of amendments, and deliberating procedures through hours of floor debates, the House passed this significant bill, which directly creates a balance between marriage equity for same-sex couples and protects our First Amendment freedoms for religious organizations.

“I applaud Speaker Souki, Judiciary Chair Rhoads, Finance Chair Luke, Majority Leader Saiki and the rest of the leadership team for their patience, fairness and hard work in shepherding this bill through the House.

“I am confident that the Senate will address the bill in the same spirit. I look forward to a successful conclusion to this major step in affirming everyone’s civil rights.”

Chair of the Senate Committee on Judiciary and Labor Clayton Hee also released a statement regarding the House’s passage of Senate Bill 1, House Draft 1 (SB 1 HD1), Relating to Equal Rights saying the following:

“The Senate is currently reviewing the proposed House amendments to Senate Bill 1,” said Senator Hee. “Each member will evaluate the House Draft and we will meet to discuss the next appropriate step for the Senate to consider.

I believe each member understands the weight of justice embodied in this legislative proposal. I also believe the Senate will act in the best interest in the State of Hawaii and in concurrence with the constitutions of the United States and Hawaii.”

According to a press release issued by the House of Representatives Majority caucus in the moments following the vote, officials said, “the House draft includes amendments, modeled after similar language in Connecticut law, significantly broadening exemptions for religious organizations and clergy performing solemnization.”

“Religious organizations and affiliated nonprofits would be exempted from having to furnish goods, services, or its facilities or grounds for the solemnization or the celebration of solemnizations if it is in violation of its religious beliefs or faith. It also specifies that clergy and religious officers are not required to solemnize if it is against their religious beliefs or faith,” according to information released by the state House of Representatives.

“The measure also grants immunity from administrative, civil and legal liability to religious organizations and officials for the failure or refusal to provide services, goods, or facilities as described,” the announcement said.

The House committee hearings were conducted over a five-day period with lawmakers hearing nearly 57 hours of public testimony.

There were 5,184 registered testifiers, with over 1,000 people testifying, and nearly 24,400 written pieces of testimony submitted, according to House officials.

“As far as House members could recall, the public hearing on SB1 was the longest hearing on a single bill in the modern history of the Hawaiʻi House of Representatives. Based on concerns and issues raised during the public hearing the bill was amended to expand the religious exemptions for churches and religious organizations that do not want to solemnize same gender marriages,” the announcement said.

The Senate’s floor session will be broadcast live by Capitol TV on Olelo Channel 55 and streamed online at the following DIRECT LINK.

Members of the public may also attend the session in person at the Capitol; however, seating is limited and the street level entry doors will be open at approximately 9:30 a.m., according to information released by the State Senate. 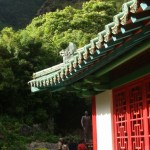 All Clear Issued After E. Coli Violation at Kepaniwai Well 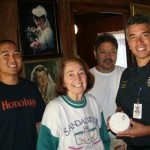