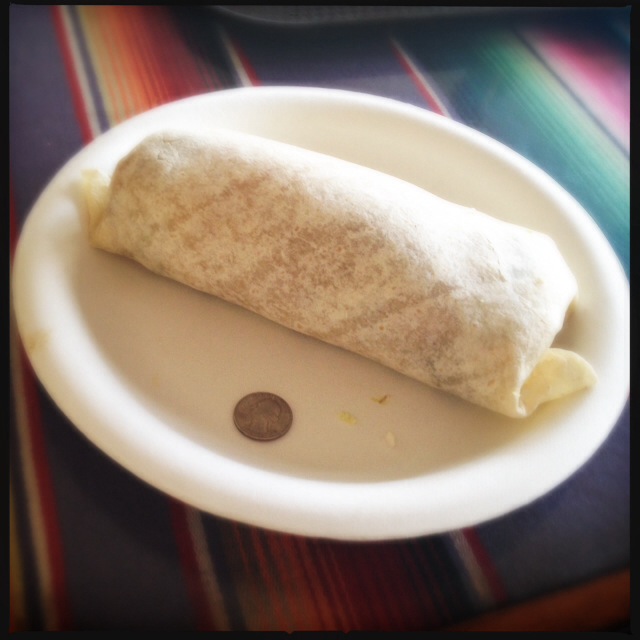 The Kitchen Sink Burrito does not an interesting photo make. Photo by Vanessa Wolf

You know what they say about life and/or boxes of chocolate: you never know what you’re going to get.

Piñatas are kind of like boxes of chocolate; minus they’re usually shaped like a donkey rather than a box. And you have to beat the living daylights out of them to get to the candy. And it’s usually more of the wrapped hard candy variety or maybe some of those mini-packets of Chiclets.

What were we talking about?

Las Piñatas of Maui in Kahului is a bit like that paper mâché burro: full of all kinds of surprises.

By and large, they seem to focus on – and sell a lot of – burritos. 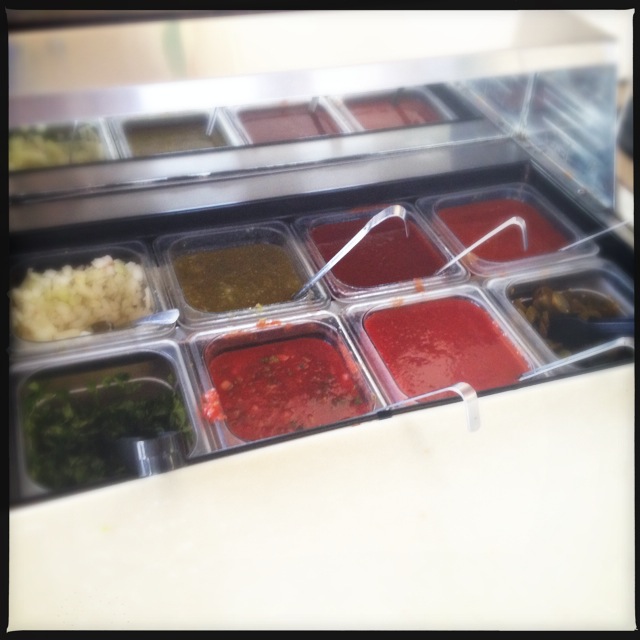 The salsa bar is where it’s at. Photo by Vanessa Wolf

Although they do offer a few other items, the menu is pretty strongly Mexican-American and (thus?) dominated by the little donkeys (burrito in English).

Granted, these suckers are anything but little.

The Kitchen Sink Beef Burrito ($10.57) is approximately the size and weight of a small baby.

It contains shredded beef, rice, refried beans, cheese, tomatoes, sour cream and iceberg lettuce. Burritos are more of an American thing than Mexican, but we just can’t get down with the iceberg lettuce. Maybe it’s the time we spent living in Mexico, but it just tastes wrong.

Otherwise, the flavor is fine – albeit sans any heat whatsoever – but the overall texture is uber-smooshy. 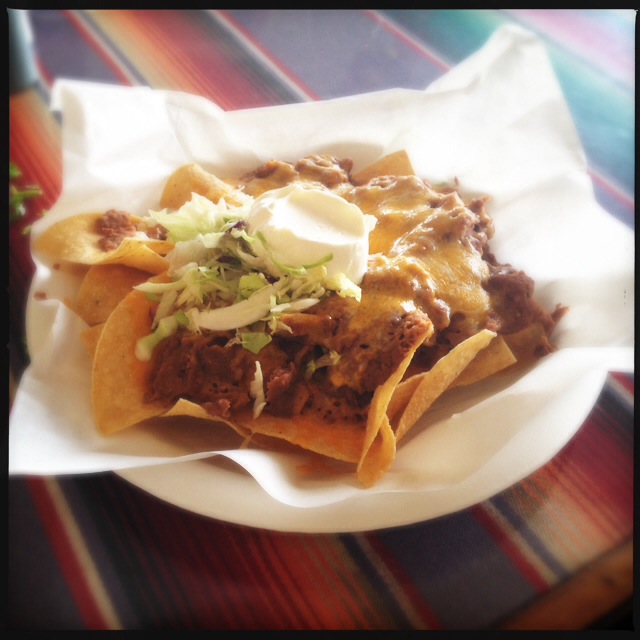 Seriously. There is a solid 16 ounces of beans on this plate of Nachos. Photo by Vanessa Wolf

Considering the contents, the smoosh factor is probably unavoidable, but there is a way to bring the caliente.

Ay, Papi! The Haiku Habanero salsa is badass, and – why does this seem to keep happening at Maui Mexican joints? – we found ourselves wishing the same spice and flavor balance were present in more of the dishes.

Seriously, though: they should package and sell that stuff in bulk. We’d get in line.

In addition to the literal “entire can” (not to say it’s from a can – we doubt it – but just for approximation) portion of desiccated refried beans, there’s sour cream and – yep – shredded iceberg lettuce. It’s probably our fault for assuming they meant whole beans, but this was no bueno.

Not only was the quantity excessive – no one should eat this many beans in one sitting. Ever. – but any moisture that had been in the frijoles soaked into the chips and made everything soggy. 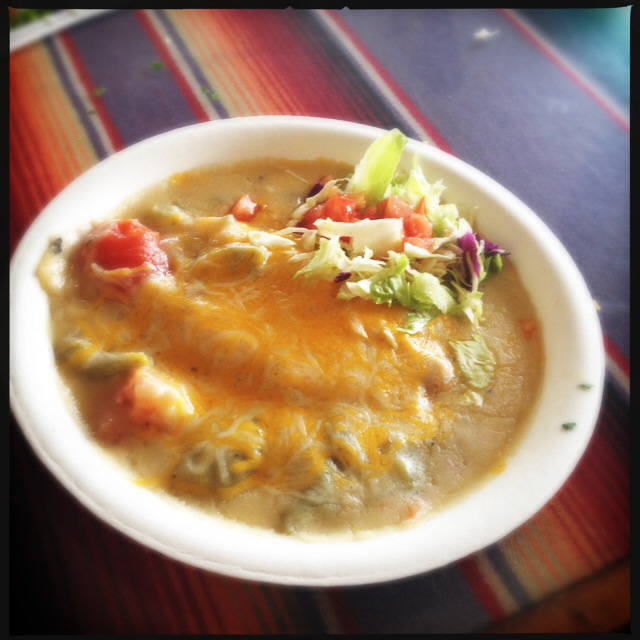 We wished we’d ordered their tasty plain chips and pigged out on salsa instead.

The Chile Relleno ($4.70) is the litmus test for any Mexican joint.

Normally accompanied by a thin pureed tomato sauce, this one is covered in a creamy green tomatillo chicken enchilada type sauce loaded with onion, tomato and bell pepper chunks.

The sauce and additional cheese melted on top drowned out the otherwise well-executed chili and nice, light egg batter. Bummer.

In an effort to sample the full spectrum of non-burrito offerings, we focused heavily on the “Specialties” part of the menu and tried the Cheese Enchiladas ($3.91). The cheese enveloped in a corn tortilla and topped with red enchilada sauce was exactly as expected. 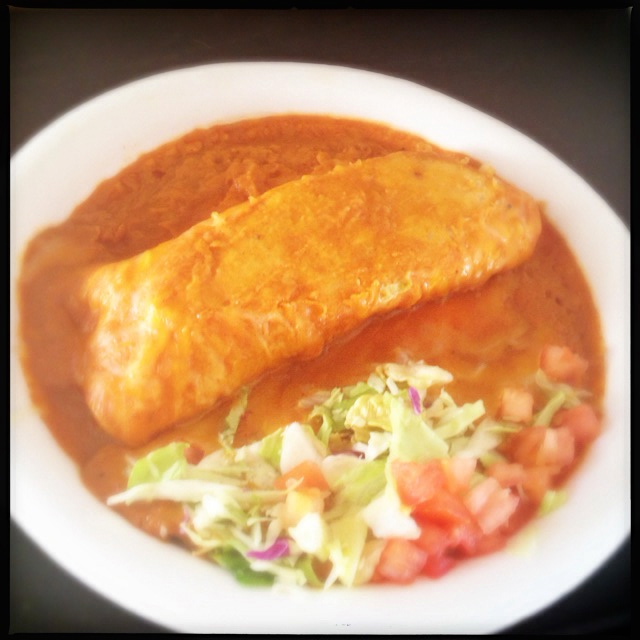 The two enchilada photos are nearly identical. This one is cheese. Photo by Vanessa Wolf

The chicken in the Chicken Enchilada ($4.70), however, was really dry. Really, really dry. The sauce is thicker than we’re accustomed to and didn’t offer much relief.

After munching on one of these, your mouth will feel like it’s spent a few days being smuggled in the trunk of a car and forced to hike across the Sonora Desert. Bring a canteen for this endeavor.

Maybe add a little cheese to the chicken and use that sauce paired with the rellenos instead?

In contrast, the Beef Tamale ($4.88) was one of the best things we tried. We wanted pork, but on both visits were told “not today.” Still, we enjoyed the perfectly executed carne version and the deft hand with the masa (cornmeal) outer layer. 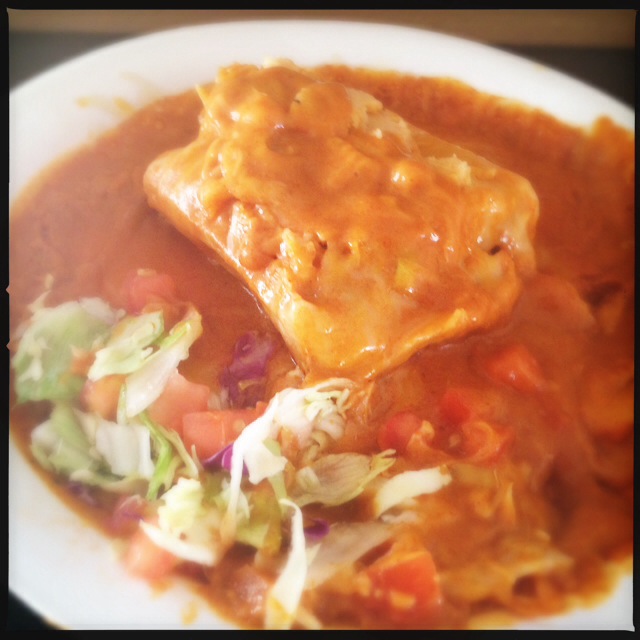 Hands down, our favorite item was the Guacamole ($2.88 small, $4.80 large). Fresh and flavorful with chunks of avocado, it was the best thing going beyond that salsa bar. You gotta buy your own chips though: $1.50 for a small and $2.50 for large.

Las Piñatas doesn’t sell horchata – or “not today” – but they do carry some Mexican Jarritos sodas and Mexican Coke ($3), a startling reminder of how much better real sugar tastes.

All in all, there are some hit and miss items, but the service is friendly and the space bright and clean.

Maui is about 3500 miles from Mexico and – obviously – isn’t exactly a destination for Mexican food. That stated, for what’s out there Las Piñatas of Maui is one of the better options. 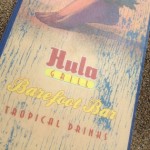 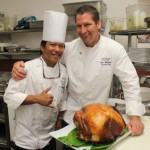